This Should Never Have Happened!

I remember Avi Ro'eh 's vow, when he was electioneering to be Governor of the Benjamin Regional Council. He promised that if there's a traffic jam at the Hizme "border crossing" between Benjamin and Jerusalem, he will just rush over and clear it. 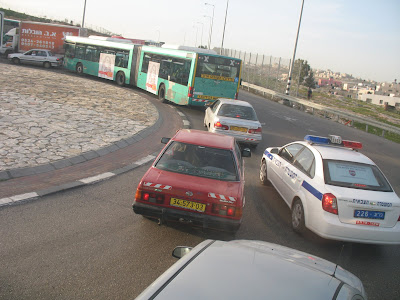 Today I was caught in a traffic jam which could have, should have been prevented. Road repairs were being done on the Jerusalem side of the Hizme "check point" between Pisgat Zeev and Benjamin. This was during rush hour, when people are trying to get home from Jerusalem. They had one lane open and the traffic in each direction took turns. We were an hour late already on the bust from Jerusalem to Ariel, which stops in Ofra, Shiloh and Eli on the way. By the time we got out of Jerusalem we should have been home for a while. 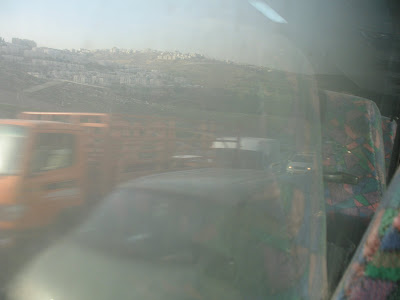 Since Avi had won the elections, I figured it would be a good idea to contact him and complain. I called a neighbor (whose phone number was on my speed dial) who had been active in the campaign. I told my neighbor what I wanted from him. He told me that he had been on his way to Jerusalem and gave up and went back home to Shiloh because of the traffic jam! He said he'd be glad to help, and then the phone connection broke.

At least I had done something.

It was hard sitting so long in the bus. My knee was locking, and I was in pain. I could feel it, not good. In an airplane I walk at least once an hour, and the crowded bus was not comfortable at all, especially for two hours.

After I made it home, I spoke to my neighbor who said that contrary to Avi's promises, he is not easy to reach.