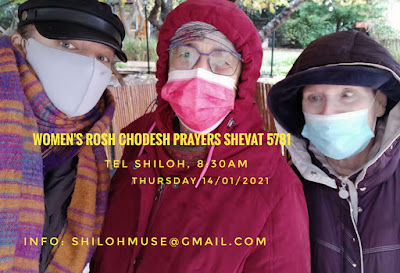 Ladies, don your masks and join us for Rosh Chodesh Prayers at Tel Shiloh, the site of the Biblical Mishkan Tabernacle. 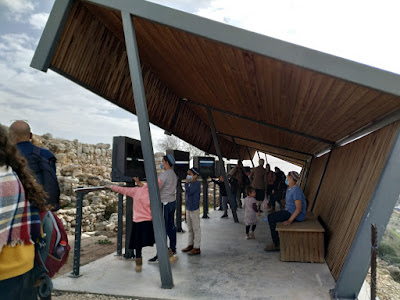 Even if you can't join us, it's worth visiting the archeological park/site of the Biblical Shiloh. There's lots to see and do for all ages. For more information: 02-5789122, visit@telshilo.org.il. 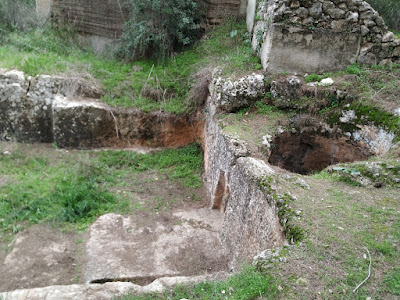 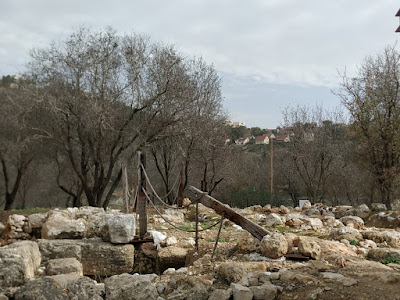 FROM THE FOUR CORNERS, A Book Review 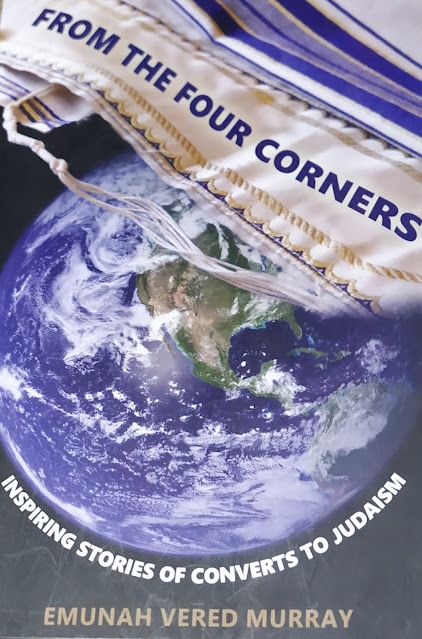 Emunah Vered Murray's collection of stories, some short memoirs, about converts FROM THE FOUR CORNERS: INSPIRING STORIES OF CONVERTS TO JUDAISM is truly an inspiring book. Each of the people included in her book has a very special and unique story. And there are so many other equally compelling converts to Torah Judaism that Murray can compile more volumes in a never ending series.

As someone born Jewish to a non-observant family who took on a life of Torah and Mitzvot, I've always considered converts to Judaism on an amazingly high level of righteousness. When I think of the opposition and incredulous reactions I had faced from family and friends, imagine what someone born as a non-Jew accepting Judaism must face just blows my mind away. To me everyone who converts to Torah Judaism is a brave hero to have persevered.

I've never met most of the people included in this anthology, but two stand out as people I know well, my neighbor and first Tanach (Bible) teacher Rabbi Nissan Ben Avraham and my good friend, though we cheer for different IFL football teams, Ruti Eastman.

Every single one of the people included in this book has a unique and compelling story adding richness to the entire Jewish People. Unlike most any other religion, Judaism discourages converts. A potential convert must convince a rabbinic authority that his/her conversion is totally sincere, without any hidden agenda and that the potential convert has a sincere spiritual need to join the Jewish People. Many converts included in FROM THE FOUR CORNERS and others I know have gone through various stages and "versions" of Judaism before they became Torah Observant (called Orthodox in the USA) Jews. In many cases there are seemingly insurmountable obstacles, which they manage to conquer on their path to Judaism.

Read FROM THE FOUR CORNERS and get to know the extraordinary people who  work in a vast variety of fields from music to Torah to Mathematics and all in-between. They include men, women, young and old. All but one live here in Israel. There's no way to stereotype or generalize about the various converts included in this book except for their love of Judaism and sincerity.

Buy FROM THE FOUR CORNERS for yourself and others. It makes the perfect gift and is available from Pomeranz Books online and in Jerusalem, plus Amazon.

Elections? Here We Go Again or Not? 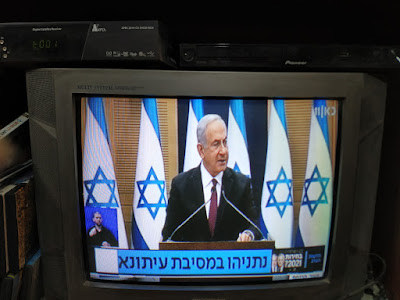 Those of you who know me know that I just can't lie about things. To be honest, I think that Bibi, who's a few months my junior, should retire gracefully. I don't mind having elections, but first Bibi Netanyahu must retire and schedule primaries in the Likud.

Of course, Bibi must not compete. Whoever wins the Likud primaries will be its candidate for Prime Minister, #1 on its list.

The other political parties, plus some new ones of course-- as this is Israel, will put together their lists hoping that their #1 will have a chance for the top job. And other parties will just hope to pass the minimum needed to get Knesset seats.

Both before and after elections there will be wheeling and dealing as political parties try to gather enough MKs to craft a viable ruling coalition.

That's how it's supposed to work. The problem is that it hasn't worked well for years. We've had too many elections that resulted in chaos rather than a ruling coalition. A few months ago when Netanyahu finally put together the most unwieldy coalition ever, it proved to be a total and utter disaster. He offered the world to Blue and White's Benny Gantz, who along with Gabi Ashkenazi, broke away from Yair Lapid. Almost everyone of their MKs got important positions as ministers, while veteran Likud loyalists were left with empty plates. Yemina's Naftali Bennett, who had pledged his party's loyalty to Likud's coalition  and had worked well in various positions when there was no coalition, was treated really badly. So Bennett went into the opposition.

Gantz and Netanyahu, the two Benjamins, Benny and Bibi, did not get along at all. The coalition turned out to be a non-functional nightmare.

I've also lost track of how many "Corona Tsars" there have been since Naftali Bennett's great success in keeping Israel's numbers of COVID/Corona victims amazingly low. The regulations make no sense in most cases. I can't understand how ridiculous they are.

At this point the process to disband the government isn't yet over. Maybe Bibi will pull something out of his hat. Stay tuned for the next episode...