Those Were The Days... Good Trump US-Israel Relations 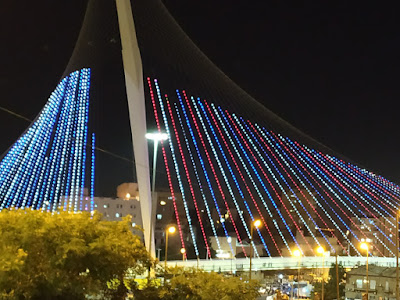 Two years ago Jerusalem's iconic String Bridge was all lit up in honor of American Independence Day, while Americans, Israelis and people like us celebrated in nearby Binyanei Hauma at a humongous strictly kosher bash hosted by the American Embassy in Jerusalem.This was the greatest evening imaginable showing a whole new relationship between the United States and Israel. President Trump was the first American President to follow the long time pledge and finally move the Embassy to Jerusalem. 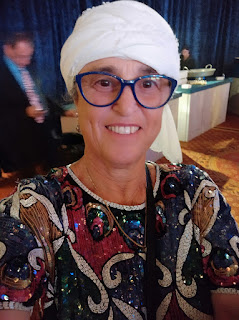 Over the years we had been invited to some Independence Day events by the then American Consulate, but they were comparatively pathetic. Also at those consulate events 99.9% of the food was traif, meaning not kosher. There would be one table from a kosher hotel. And a high percentage of the guests were Arab, not Jewish Israelis.
With David Friedman as Ambassador the menu and guest list were very different.
In addition, the embassy and consulate gave us American citizens good service. Now there's none. Things got difficult during the peak of COVID corona, but now that it's no longer a real danger here in Israel, there hasn't been a resumption of services.
A couple of months ago I had to get something notarized by an American notary. In the past we could just get and appointment in the US Consulate, later Embassy, and then no muss, no fuss and minimal charge, it was done. Now, not even American Passports can get renewed. No consular services are available in Israel. Is the Biden-Harris administration trying to send Israel a message?
Posted by Batya at June 27, 2021 No comments:

After over half a century in Israel, I have a pretty good idea how the political system works. I don't think it's like many others. I'm going to try to simplify it here, aiming to say how it's run in positive rather than negative sentences/points. I will try to use easy to understand terminology.
*Each political party has a numbered list of candidates who become MKs according to election results.
**That interim government cannot be voted out. Netanyahu had spent the last few years as interim Prime Minister, perfectly safe from losing his position as long as no new coalition run by another party could be formed.
I hope that this explanation is clear. If you have any questions, please write in the comments.

This isn't the place/post to complain that YOU think it's a dumb system. The purpose of this post is just to explain the existing  Israeli Political System.

Just Call Me A Cockeyed Optimist or a Pragmatic Extremist


For the past few years, the State of Israel hasn't had a stable government. We've been bouncing and rolling from elections to elections. Even the brilliant political magician Bibi Netanyahu has failed. OK, one of the reasons is that his tricks have worn thin, and not too many party leaders are willing to trust him anymore. I can't keep up with all the elections in the past couple of years, so I checked on the internet.

Naftali Bennett and Yair Lapid, whose sum total of Knesset Members is less than that of the Likud, managed to gather other political parties across the Israeli political spectrum and form a coalition. Gd willing it'll be voted in next week.

I've shocked many friends, real life friends and facebook acquaintances/followers with my enthusiastic support of this proposed unity government.

On one hand I really am a political extremist, but I'm also an activist and pragmatist. I've been following Israeli politics for just over half a century. I know perfectly well that only the coalition can really get anything done.

If you just want to criticize and demand from the outside, that's one thing, but if you really want to improve life in Israel you have to work within the system. During the past few years, when we've been in and out of election mode, the sitting, interim or whatever the title is Prime Minister has had a lot of power. You can't vote him out of office, because he's already out of office, and all the time that there isn't a new coalition, the old one is in charge.

When this whole mess started, I was not one of those calling for Bibi's ouster. In many ways he had been doing a great job. I think the "corruption cases" against him are trumped up political shenanigans. But Bibi's treatment of Naftali Bennett and his crazy over-stuffed failed coalition with Gantz and his public interference in other political parties has shown a very dangerous side of Binyamin Bibi Netanyahu. He's also damaging the Likud party by not giving a chance to the younger generation.

If Bibi had retired at seventy 70, like most government workers are forced to do, he would have left with his reputation glowing and untarnished. But in the past year and a half, even many of his supporters feel it's time for him to retire from the job.

Actually I can't promise that the new Bennett-Lapid-Saar government will succeed or last terribly long. It may do very well, and then we'll see the chareidi parties trying to finagle their way in to preserve their institutions, the way the old NRP National Religious Party used to.

I like the fact that Right-Left, Religious-Secular, Jew-Arab are all talking and looking for ways to make the State of Israel a better country for all of us. Gd willing these youngsters will teach us old fogies how to work and live together.

Why Isaac Herzog is Now President of the State of Israel, Even Though The People Wanted Miriam Peretz 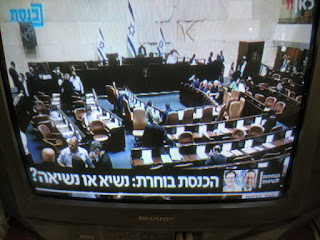 The State of Israel has both a Prime Minister and a President. Their roles are very different as are the methods used to elect them.

As I typed the final words of the previous sentence, I realized that superficially what I had written wasn't exactly true. Both the Prime Minister and the President are voted in by Members of Knesset. The major difference is that once once the President is voted in, he or she then will no longer need approval from MKs. The position is more formal, diplomatic, almost like a monarch who meets and greets foreign ambassadors and delegations. The President will also represent the State of Israel at various foreign events freeing the Prime Minister and other government ministers from these formal occasions. That's one of the reasons that in the time leading up to today's elections that the press made a big deal over the fluent English of Herzog versus Peretz's weaker English speaking abilities.

When it comes to the public, Miriam Peretz is far more popular than Isaac Herzog. I read and reviewed her biography-click here and immediately joined the fan club. Peretz is a former teacher, and two of her sons were killed in army action. She has become a unifying symbol of faith, patriotism and survival. I have no doubt that Peretz would make an excellent President, but in the decades that Herzog has been involved in the Israeli political scene, including being head of the Jewish Agency, his political connections and smarts in Israel and abroad are unsurpassed. Even in the secret ballot, Miriam Peretz hadn't a chance.

If Peretz really wants the job of President of the State of Israel, she now has seven years to campaign.