Yesterday I was in Jerusalem and had a bit of time between appointments, so I made my way to the Women in Green's three day "Yes to Sovereignty over the Land of Israel, No to Palestine" conference.

It was good to feel that I was doing more for Jewish Life in the State of Israel than tapping on my computer keyboard, even though I only sat and listened to the speakers. Seeing women and men from all over the country who all agree that we can't play games with our sovereignty and security was reassuring.

Trump's "plan/deal" is a nightmare and diametrically opposed to his original stated policy. He should have stuck with his position that only the parties involved should negotiate, and there should never be an imposed/proposed plan by outsiders.

Now, his so-called Israeli Sovereignty sic requires American approval as if we're under his and Jared Kushner's rule.

The state of Israel is an independent country, and in June, 1967, we were threatened with total destruction by neighboring Arab countries. The results of the war those threats caused was the straightening out of our borders and the liberation of territory which had been used to attack Israel. All international historical precedent is similar situations is that the victorious country absorbs/annexes such territory, and that is what the State of Israel should have done as soon as Jordan, Egypt and Syria surrendered or ceased attacking. Incomprehensibly we didn't, and we've been suffering ever since.

Better late than never, it's the time NOW TO ANNEX ALL LAND ISRAEL HOLDS! If the Arabs don't like it they can leave. Simple.
Posted by Batya at June 23, 2020 2 comments:

Take advantage of being home more for entertaining yourself on your phone, computer or tablet to read some blog posts. The blogs I follow are the independent ones, not those supplementing op-eds on the online version of various newspapers. Bloggers like myself writer our own material and mostly use our own photographs and graphics. We're not in danger of being "pulled" by antagonistic editors or in competition for prominence for a good spot to attract readers.

Some blogs are very personal, while others follow the news. There are food blogs, frugal blogs, book/literary blogs, photo blogs, religious blogs, and some have evolved into what can be best described as "internet magazines."

Years ago, there were frequent, often weekly, blog carnivals aka "roundups" in which the host offered a selection of links to blog posts from many other blogs. And every once in awhile I return to that genre. This is one of those occasions.

As is my custom, I'm just listing the blog post titles for you to click. Remember, I'm not responsible for the content of any blog post other than my own. If you have anything to say about the various blog posts, comment on the individual blog. And if there are any blogs you recommend, please let me know in the comments here, thanks.

TOO LATE – FRANCE IS LOST
Portrait of the Artist During LA Riots… Jew With A Gun
Mountains To Conquer, And Those Already Scaled
Simply Delicious Power Salad
Little Minyans Everywhere
The Past Three Months Have Been Harder Than I Realized
Forbidden, Allowed, or Obligated?
Where the ‘Woke’ Left Learn From and Defend Antisemites
The Tool That Is Twitter
Dangers of "Half" or "Partial" Sovereignty
Ears of Philosophy
Wisdom of the Fathers
Jewish Folklore and One of Its Lessons
The six week mark
Fantastic Israeli Second Hand Book Store
Rosh Chodesh Tammuz at Ancient Tel Shiloh 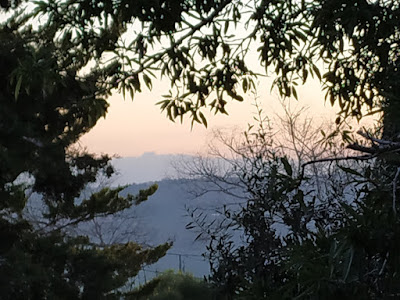 This week's Parshat Shavua, Torah Portion of the Week Shlach Lecha is basically about a "Pilot Trip" to the Holy Land that ended up being a disaster.

Gd had instructed Moshe to send out a very distinguished delegation of tribal leaders to divvy up the Land in advance of the big return. Today it's called a "pilot trip." Potential olim, those Jews moving to Israel, are encouraged to send an "advance team or delegate" to choose a suitable location, schools and even arrange housing. Of the twelve tribal leaders Moshe had sent, only Calev followed instructions exactly.
Their mission wasn't to judge the pros and cons of entering the Land, just to be pragmatically prepared.

Today it's the same. Israel in just over seventy years has become one the most advanced countries in the world. Gd has helped us win our wars, because Gd wants all Jews to live here. Don't make the mistake of the ten tribal leaders who sinned. Be like Calev and Joshua. Pack your bags and stake out your place in the Holy Land, The Land of Israel. 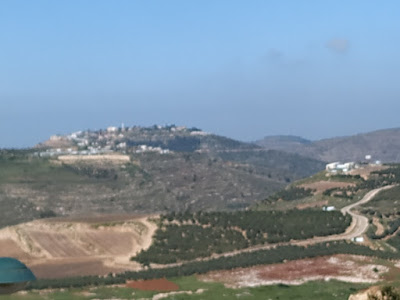 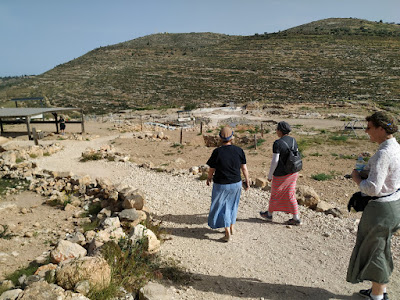 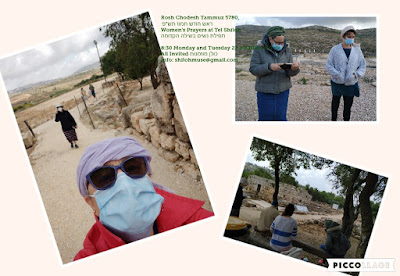 Yes, you read it correctly. I decided to experiment and invite for both days of Rosh Chodesh Tammuz. It will herald one of those months that has the 30th day of the previous month and the first of the new one, both as Rosh Chodesh requiring Hallel, the Rosh Chodesh Musaf and Yaale viyavo... 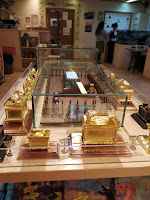 I hope and pray that women will attend at least one of the Rosh Chodesh Prayers.

The chances are that face masks will still be required, even though our prayers are outdoors. We must take into account that there are senior citizens and others with compromised immune systems in our prayer group.

Ancient Tel Shiloh, Shiloh Hakeduma is a wonderful archeological site, and it's possible to arrange tours and other activities for visitors of all ages. For more information Phone: 02-5789122, visit@telshilo.org.il. 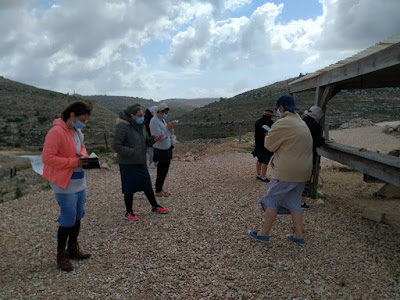