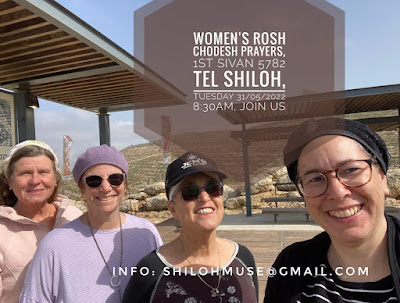 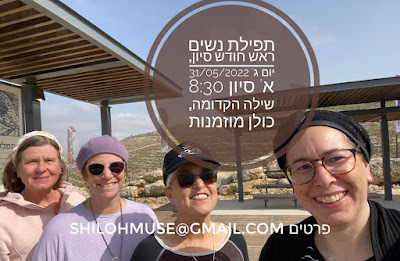 The spirit of the Biblical Chana can still be felt, along with the holiness of the Mishkan, Tabernacle.

Tel Shiloh is a wonderful archeological site with activities for all ages. Hologram, museum, movie and more. It's open daily except Shabbat. 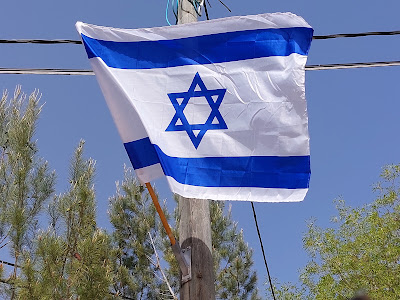 Here in Israel we continue to pay a very heavy price for our existance. Israel, the Ancient Biblical Homeland of the Jews, well documented in archeology and history, is attacked by terrorists, bullets, axes, words and international proclamations.

Is the promotion of a "Palestinian State" an innocent mistake?
No, not at all.

From the beginning, when Hadrian invaded Jewish Judea-Samaria and replaced those names with "Palestine," his aim was to distort history and hide the Jewish National connection to the land.
The name "Palestine" stuck for one big reason; as Tom Lehrer sang "everyone hates the Jews."
Thousands of years later, when Great Britain was mandated to facilitate the establishment of a Jewish State (see Balfour Declaration) in "Palestine," sic that name was still stuck on the map, even though a country of that name covering that area had never existed. There had always been a Jewish presence in the Holy Land, even after the destruction of the Second Temple and successive invaders ruled from afar. Britain took over from the Turks. The area they held covered both the east and western banks of the Jordan, all the way west until the Mediterranean Sea. According to the Mandate, all was supposed to be a Jewish State.
Great Britain was enamored with the local nomadic romanticized Arabs and preferred them to the Jews, both the religious ones in the holy cities and the Zionist pioneers working hard to make the Land fruitful.
As part of Britain's attempt to sabotage a Jewish State, it brought in and promoted the Hashemites as rulers over the eastern bank of the Jordan and eventually invented a new country of various tribes where there had never been one. That's called Jordan today.
Despite lackluster international support, at best, the State of Israel thrives. With the Help of Gd we have been victorious in all the wars against us.
On the whole, though, international media and academics refuse to recognize Jewish rights and history to the Land and have been inventing and supporting the lie of Palestine sic.
This actually predates the Holocaust and has continued to this very day. Yes, Tom Lehrer got it right. 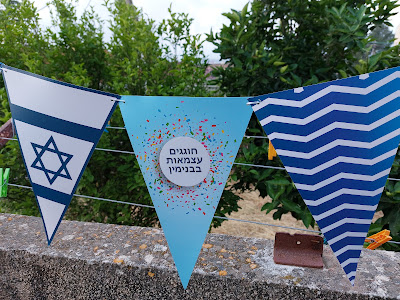