Hidden Heroes: One Woman's Story of Resistance and Rescue in the Soviet Union by Pamela Braun Cohen, Gefen Publishing House is an amazing and inspiring story. Pamela Braun Cohen had been an ordinary suburban Jewish wife and mother in 1970 when by chance she heard a newscast about Soviet Jews unsuccessfully trying to escape the USSR...
For Cohen this news was lifechanging. Blessed with a supportive husband, Pamela Braun Cohen became more than just a Soviet Jewry activist. She visited the USSR meeting the refuseniks, becoming their friends and supplying them with everything from jeans to be sold on the black market to the support of US President Ronald Reagan and other powerful American politicians.
Before long she was National President of the Union of Councils for Soviet Jews UCSJ, and by the time she was ready to retire from that position, decades later, she and her family had become Torah observant (Orthodox) Jews. In HIDDEN HEROES Cohen tells how the Soviet Jews' interest in Torah brought it also to her and her family. Also following the the aliyah to Israel of many former refuseniks,  Pamela and her husband Lenny now live in Jerusalem.
It's no secret that my husband and I met for the first time at a SSSJ Student Struggle for Soviet Jewry demonstration. We were activists until our wedding and subsequent aliyah that same summer of 1970 when Pamela Cohen first got involved. So, obviously, I felt very connected to her story.

HIDDEN HEROES is a real eye-opener, even for me who had been following the struggle of Soviet Jews from the middle 1960s and then welcomed those who made it to Israel, especially Shiloh, over two decades later. I had no firsthand knowledge of the multitude of issues Cohen and her fellow activists dealt with. She and her fellow workers/volunteers/activists were busy on three fronts simultaneously, not just the totalitarian antisemitic USSR but the governments of the United States and Israel, too.

The best I can do is to wholeheartedly recommend HIDDEN HEROES. Buy it. Read it. Give it as gifts to everyone, from teens to retirees.

Back To Matan- Life's Getting "Normal" 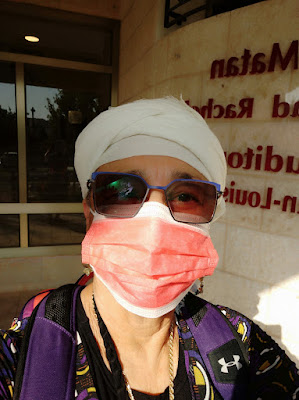 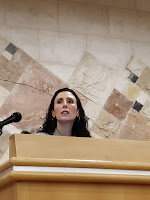 Last week I was back at Matan for one of the pre-Rosh Hashana learning mornings Yom Iyun. I didn't do the entire program of a few days, but Wednesday worked out perfectly for me.

I have been studying Tanach/Bible in Matan for years. I love the approach of the teachers there.

Some students were home or wherever via Zoom, but there were plenty of us in the auditorium. It was so wonderful to return to my favorite studies and see teachers and friends in person. 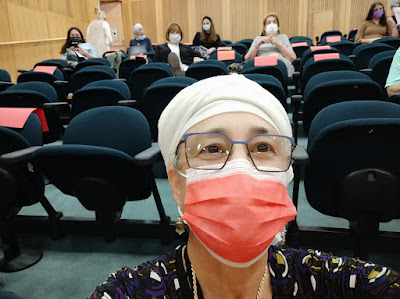 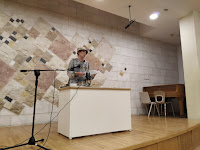 There were three classes. One by Yael Ziegler, one by Shani Taragin and the last by Yael Leibowitz. They were all excellent. In order to attend in person, we had to show our "green passport," or whatever you want to call it. And we all had to wear masks. Only the teachers took theirs off to teach. 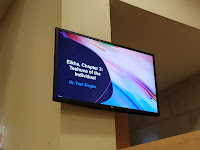 My friends and I are looking forward to the resumption of regular classes. There's a limit how long we can maintain isolation. Besides my formal Matan studies, I'm part of a study group, yes Bible, and we've covered a lot of material this past year and a half, since we meet on zoom more frequently than we used to meet in person.
I don't know if life will ever really go back to what it once was, at least for us senior citizens. We must consider this the "new normal."
Posted by Batya at September 05, 2021 No comments: