Rule of The Streets/Mobs/Demonstrations Anti-Democratic and Very Problematic

I was born and grew up in the United States and came to age in the 1960s when anyone how cared about an issue demonstrated in the streets, sidewalks or wherever we could, generally with police permits. I chose Jewish causes, Israel and freeing Soviet Jewry. I even met my husband at a SSSJ Student Struggle for Soviet Jewry demonstration. Most of my peers in public high school demonstrated for Civil Rights for black Americans. While some states technically had the same laws for all citizens, other states treated Negros, as they were called then, as second class citizens, not even allowing them to practice all their rights.

One thing our demonstrations had in common were that we cared about issues. The idea that one could dare protest/complain about the results of elections, like the recent Not My President protests in the USA, or try to replace an elected official by shouting in the streets was unimaginable. I had been taught that such a thing would be illegal, immoral and anti-democratic going against the principles of due process or electoral system. When a mob aka demonstration demands that only their political opinion is correct certainly is not democratic.

When you live in a democracy, sometimes you win and sometimes you lose. Sometimes you're happy with the results, and sometimes you're not. You may even be very upset and think your fellow citizens are WRONG or insane, but that's life. You may even think the law should have prevented someone from holding office, but you're not the law. Even if you and your friends are all convinced that someone shouldn't be in office, street demonstrations aren't the way to change leadership. There are laws, electoral process.

I'm no fan of Bibi Netanyahu, and I don't think that I've ever voted Likud, but those demonstrators out every night near the Prime Minister's residence don't represent me. In a very biblical Korach* way, they're just saying "no" to Bibi as Prime Minister, and their leadership is not revealing whom they want as PM.

That's because saying "NOT BIBI" can get a bigger mob than touting Benny Gantz, Yair Lapid or some other name they haven't had the guts to pull out of their hat. A big reason is because the polls are very clear. Bibi Netanyahu is still number one when people are asked:

Whom do you prefer as Prime Minister of Israel?

Number two in the polls is Naftali Bennett, and the fiscal funders (follow the money) of these demonstrations dread Bennett even more than they dislike Bibi. I heard one of the leaders on TV complaining about that. The ultimate aim of the protests is to put one of "their people" in as Prime Minister, and they see it a failure that davka Naftali Bennett of Yemina is rising in the polls.

For years the anit-Bibi leadership has been looking for a figurehead from the Left to galvanize the Israeli public and succeed him as Prime Minister. It hasn't happened for two reasons:

Crafting/negotiating a coalition is a skill, apparently more complicated and difficult than getting votes. That's why we needed three elections in such a short time. The present coalition is the most chaotic and dis-united ever. The only reason the two main parties haven't divorced is that their leaderships are terrified of new elections. That's the one thing they agree on.
Back to those demonstrations.
A few thousand people chanting in the streets or even tens of thousands chanting in the streets can't and shouldn't have the power to change a government. And it's immoral to even think they can do so. They should follow legal process and the electoral system. Politics is a profession demanding many skills. If they want to change the leadership, they must use the electoral system not loud speakers.
For more of my Korach posts click here.
Posted by Batya at September 24, 2020 No comments:

Israelis who don't like the idea of wearing a mask and keeping "social distance" to avoid contracting or spreading coronavirus/COVID tout the "Herd Immunity," "Swedish Model." Unfortunately they're ignoring the truth. It's evil.  "Herd Immunity," "Swedish Model" is just a benign sounding euphemism for Survival of the Fittest, or killing off the weak.

They see the financial ramification of this policy is "good," because it eliminates the physically weaker members of society. The old and weak are the people who will get sick and die much earlier.

The higher the average age in a country the more vulnerable its financial stability. They have fewer young productive earners supporting the needs of the elderly and medically vulnerable. Allowing a pandemic to rage "eliminates" those who will be costing the country large sums over the years.

Thank Gd Israeli politicians, as rotten as they may seem at times, have been trying to protect the elderly and weak.

I just hope and pray that ordinary Israelis will be willing to keep their masks on and follow the other guidelines to keep us all safe and healthy. Please remember that even previously healthy people have died or become infirm from corona/COVID, not just the obviously vulnerable. 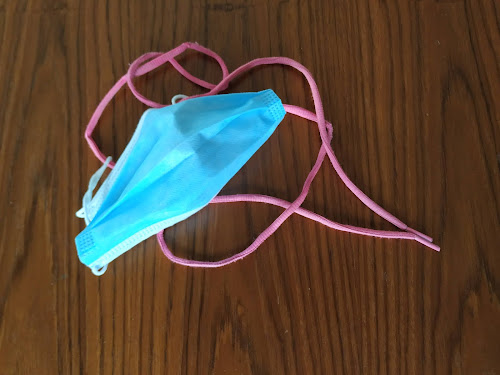