Signs of Hope - I

While the pain over last week’s tragic events is so fresh and strong, and it is truly difficult to write anything, I would like to share some possibly new angles on the tragedy, which I see as signs of hope. They will be presented in parts, the first of which is below. 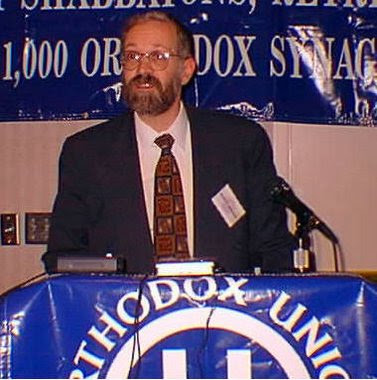 Who can console us, for what is beyond consolation? The pictures of the eight kedoshim, the choicest korbanos that Klal Yisrael could offer, haunt us beyond words….
The terrorist who carefully cased Yeshiva Mercaz HaRav, an icon for Torah study, carefully aimed five hundred bullets at the heart of Torah itself. The target was more than deliberate. R. Chaim Brisker, they say, held that Amalek was not a particular group of people descended from their ancestors. Amalek is any group that displays the same hatred for G-d Himself. Some in our community have resisted applying the label of Amalek to the Palestinians (since, unlike Amalek, they do have cause, however unjustified, to see themselves as an aggrieved party in a struggle over land). They should now reconsider. The society that preaches martyrdom to children, that rejoices in the street over the deaths of students huddled over sacred texts, that praises death over life – this society has become Amalek.
May we find some measure of comfort in the realization that Amalek has declared war on Hashem Himself, not just us. May He move quickly into action against those who seek to destroy Him, and those who substitute Thantos, god of the jihadists, for the One G-d of the civilized world.
***

"Eivel gadol la'Yehudim…" Great mourning for the Jewish people. That is our situation at the present moment, when eight pure young men were brutally massacred as they sat involved in the holy activity of studying Torah. There are no words to describe the tragedy. The only words of condolence can be those said to Aharon by Moshe when Nadav and Avihu died - "b'korvai akadesh," G-d chooses to sanctify His name through the holiest members of the nation. Yet we are left reeling, questioning, confused.
And to think that this is the way we enter the month of Adar.
We like to focus on the joyous quality of the month of Adar - "mi'shenichnas Adar, marbim b'simcha." When the month of Adar enters, we increase joy. But this was not the original quality of Adar - "Hachodesh asher nehepach lahem mi'yagon---umei'eivel", the month that was reversed from its original quality of being a month of sorrow and mourning. The month that Haman viewed as propitious for the destruction of the Jewish people carries in it the seeds of destruction and tragedy. The story of Purim was quite close to concluding in a very different way than the miraculous way we will read about in the Megilla.
The month of Adar is a month of the hidden face of G-d. When our intimate connection with Him falls victim to the hidden dimension of His presence, when we don't listen to the subtle wake-up calls He may be sending us, Jewish history teaches us that a Haman (Purim) arises, that a Saddam Hussein (1991) arises, that Hamas (Sderot, Ashkelon, what next?) arises. We don't have specific explanations for individual tragedies. But it is hard to remain complacent in the face of events that shake the routine of our daily lives.
The joy of Adar is hard work. It begins with the sorrow, with decrees of destruction, with the hidden face of the Almighty. We have the potential, through our actions, to invert this beginning. The Jewish people in Shushan, through the leadership of Mordechai and Esther gave us the formula to ensure that Adar turns into the month that is reversed from "yagon l'simcha, eivel l'Yom Tov," from sorrow to joy, from mourning to celebration.

Coming up in Part II – interesting recognition and action by Chassidic Rebbes towards the tragedy.
Posted by yitz at March 10, 2008

You are absolutely right With their attack on children studying Torah last week, these Palestinian bastards have not only affronted humanity, but even more they have taken a stand against Hashem. I just pray that he shows them "who's boss"(and the disgusting appeasers).

Batya, May your friends along with all of the mourners of ALL the victims find comfort and may the memory of those slaughtered children always be for a blessing

Thank you Yid, and keep taking off your Lid for G-d, the Jewish People, and Israel!!