Next Time in Joy - MUST READ!

Our slim chance for real Jewish unity seems to have grown, with the following article. I will only excerpt a tiny part, please follow the link and read the whole thing, thanks!! 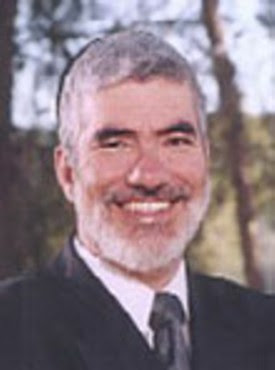 The Torah community of Eretz Yisrael achieved a brief moment of unity this past week. Unfortunately, it took the tragic slaughter of eight young yeshiva students at Yeshivat Mercaz Harav to bring it about.
Who could have even imagined before the attack the circumstances that could bring the Belzer Rebbe, Rabbi Shmuel Auerbach, Rabbis Rafael Shmulevitz and Yitzchak Ezrachi of Mirrer Yeshiva, Rabbi Moshe Mordechai Farbstein of Hebron Yeshiva, Rabbi Asher Weiss, and Rabbi Shmuel Bloom, executve vice-president of Agudath Israel of America to the campus of Mercaz Harav?
Or that would provoke the fiercely anti-Zionist Satmar Rebbe to proclaim of the students of Mercaz Harav, the flagship institution of religious Zionism, “When a disaster like this occurs, murderers penetrating into a yeshiva, it is as painful to HaKadosh Baruch Hu as the destruction of the Beis HaMikdash. This is a overwhelming tragedy for all of us. They were learning at that moment the same Torah we learn. The Gemara is the same Gemara.” ....

THAT GREAT TRAGEDY has the power to unite us is, of course, not a new story. The Jews at the beginning of Megillas Esther are described by Haman, the master of evil speech, as a scattered and dispersed people. The commentators have seen in this description a hint to the disunity and internal divisions among the Jews of the Persian Empire.
Only with the threat of annihilation hanging over them do the Jews of the realm acquire a degree of unity. First, the Jews of Shushan fast for three days for Esther before she presents herself, uninvited, to Achashverosh. Later, the Jews of the provinces gather together, in each place, to take vengeance on their enemies, who had been preparing their destruction.
In commemoration of the new-found unity of the Jews of Persia, Mordechai and Esther decree the sending of mishloach manos ish l’reyahu [sending of gifts of food] – an expression of brotherhood amidst rejoicing.
If we ever hope to find a decree of unity in joy, and not in sadness, and to learn to appreciate the strengths of those whose approaches are not our own in their lifetimes and not just after they have been snatched away, perhaps the mitzva of mishloach manos would be a good place to start.
Let us each undertake this year to send mishloach manos to someone outside our close circle, someone who might be surprised by our gift or who may not even know of the mitzva at all.
Perhaps if we drew a little closer in happiness, we would not have to keep rediscovering one another in pain.