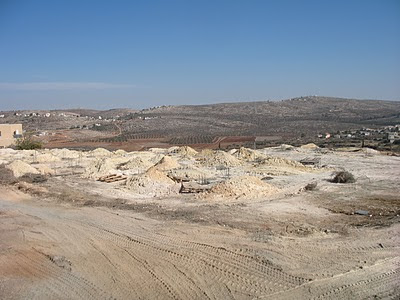 The Israeli Rabbinate has declared that we say special prayers for rain and that today be a fast day and more special prayers.  The standard Jewish rain prayers ask G-d for mercy, but as Sharon Katz's young neighbor alludes to ignores why we're being punished by G-d for not observing the Mitzvot, G-d given commandments.  Yes, please don't forget that drought is a This World punishment. 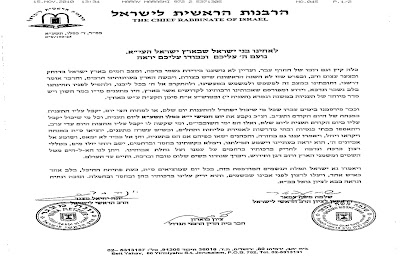 Our problem isn't with G-d, it's with our government leaders, which makes the Prayer for the Welfare of the State of Israel just perfect:

Our Father in Heaven, Rock and Redeemer of Israel, bless the State of Israel, the first manifestation of the approach of our redemption. Shield it with Your lovingkindness, envelop it in Your peace, and bestow Your light and truth upon its leaders, ministers, and advisors, and grace them with Your good counsel. Strengthen the hands of those who defend our holy land, grant them deliverance, and adorn them in a mantle of victory. Ordain peace in the land and grant its inhabitants eternal happiness. Lead them, swiftly and upright, to Your city Zion and to Jerusalem, the abode of Your Name, as is written in the Torah of Your servant Moses: “Even if your outcasts are at the ends of the world, from there the Lord your God will gather you, from there He will fetch you. And the Lord your God will bring you to the land that your fathers possessed, and you shall possess it; and He will make you more prosperous and more numerous than your fathers.” Draw our hearts together to revere and venerate Your name and to observe all the precepts of Your Torah, and send us quickly the Messiah son of David, agent of Your vindication, to redeem those who await Your deliverance.

Manifest yourself in the splendor of Your boldness before the eyes of all inhabitants of Your world, and may everyone endowed with a soul affirm that the Lord, God of Israel, is king and his dominion is absolute. Amen forevermore.

I'll repeat what I consider the most imporant part:


"...bestow Your light and truth upon its leaders, ministers, and advisors, and grace them with Your good counsel. Strengthen the hands of those who defend our holy land, grant them deliverance, and adorn them in a mantle of victory."

We, the State of Israel,  are being ruled by "confused" people, politicians blinded by foreign lights and twisted perverse moralities and value systems.

Those who refuse to say that prayer because they don't approve of the State of Israel are totally in the wrong.  The prayer doesn't praise the state.  It is a prayer that begs G-d to control the state's leaders and focus them in the right direction, towards HaShem and Mitzvot. The State of Israel can and should be the tool to our גאולה Geula Redemption, finally and speedily in Our Days!

its never a repulsive day in israel.

i wish people wouldnt find fault in other people and just look to themselves.

Really, Anon? You should avoid Saying Kriyat Shema and reading Nevi'im - like the plague.

a, it's dangerously dry, and the reason is obvious
shy, you think a hopeless?

Batya, I don't know one anon poster from another here.

These people seem to have a tough time giving themselves a simple unique nickname just for the sake of simple identification.

Shy, yes, that's one thing they all have in common.