MAZAL TOV to the IBA! 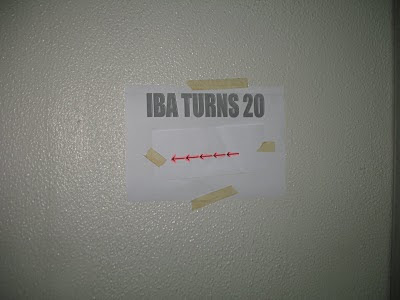 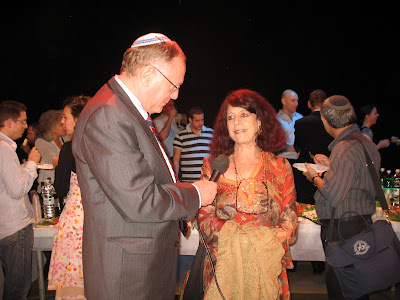 Last night we attended its birthday party, at which were a wide variety of viewers and Israeli English-language media stars. Pictured here are IBA reporter Ellie Wohlgelernter and writer Ruthie Blum Liebowitz, who had been a very popular Jerusalem Post columnist and editor until over a year ago. When I was talking to Ruthie, people came over to her asking why they no longer see her writing in the Jerusalem Post.

I took few pictures (just these) because the lighting in the studio was too weak for my camera.
Steve Liebowitz, original IBA staff and now Chief Edior, opened the formal part of the program with a speech thanking everyone who had helped and been part of the IBA. My husband and I left early, right after Steve's speech. We had warned Steve that we would, and I'll blog why on me-ander.