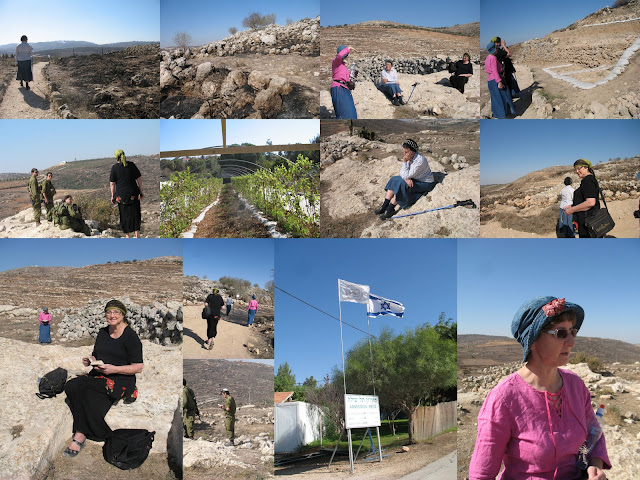 Isramom beat me to the punch by already posting about our Women's Rosh Chodesh Prayers at Tel Shiloh.  She came all the way from Rechovot to doven with us here, but we didn't sing Hallel out loud, because of the soldiers who were praying at the same place.  Read about them at Isramom. 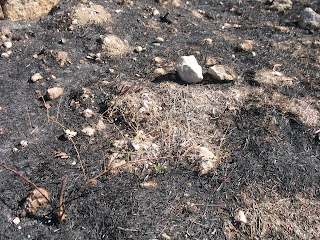 Just under a month ago, soon after our Rosh Chodesh Cheshvan Women's Prayers at Tel Shiloh there was a fire.  We could still smell the burnt brush and former greenery. 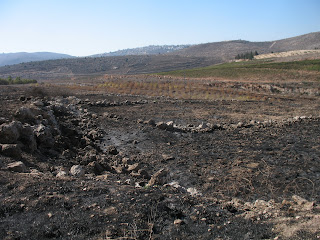 I photograph these same views monthly, and on Rosh Chodesh Kislev, 30 Cheshvan, November 7, 2010, we could see the damage in the landscape. 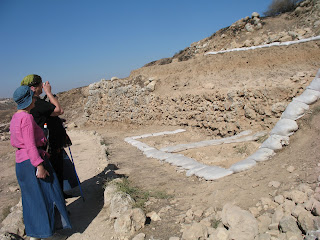 Some areas seemed totally untouched, including here where this summer's archeologists had been working. 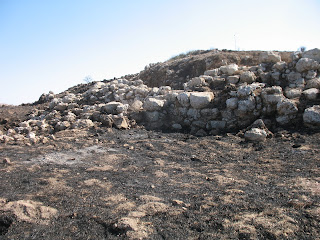 It's amazing how the fire seemed to jump from place to place, leaving some spots untouched and others burnt to a crisp. 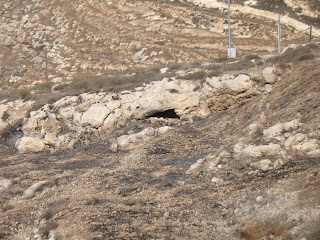 In ancient times, residents and visitors probably would have hidden in this cave for safety.  Maybe it was an inn in Biblical times... 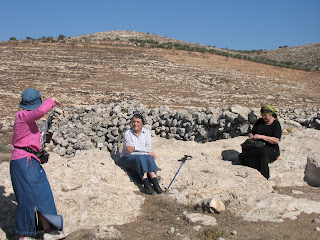 This month's group of women were from a variety of places.  We heard a lovely Dvar Torah about the month of Kislev. 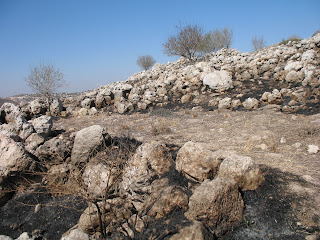 We're waiting for rain, so the black will be covered with green.

This recent fire wasn't the first in Shiloh.  Archeologists calculate that the signs of ash they found during the dig over twenty-five years ago correspond with the estimated date of the Biblical destruction.  And more news from the scientists, Dr. Yisrael Finkelstein announced that new carbon-testing of the grains and raisins found in the giant urns (one of which is in the Israel Museum, Archeology Section 3) has been dated to fifty years before King David, exactly when the Bible would have Shiloh's destruction.

Here's some modern agriculture in Shiloh near the Tel. 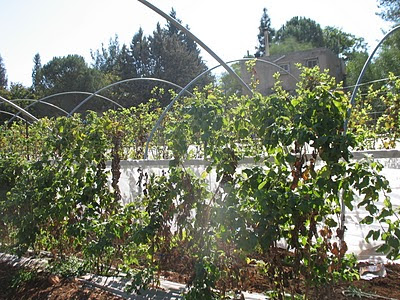