I hope that nobody finds this too "political," but I'm calling this edition of Havel Havelim Pinchas for more reasons that the fact that the Torah Portion Pinchas was read today in shul... G-d willing...


I really didn't want to call this a war edition, because I'm not quite sure when the war began, and it has been going on too long. Pinchas was a strong Biblical personality who saw things in black and white. When there was something unpleasant to do, execute public sinners, he did it. And he didn't call for a committee meeting first or ask what the goyim would say. G-d rewarded him by elevating him to be a Kohen, a Priest.

Havel Havelim is the long-running weekly international Jewish blog carnival, a round-up of blog posts on Jewish and Israeli topics from blogs all over the world. It floats from blog to blog depending on who volunteers to host. We organize on our facebook page. If you're not on facebook, then I'm the contact person shilohmuse at gmail dot com. You don't have to be a blogger to enjoy, contribute to and share Havel Havelim!

Here are the posts for this week. Some were sent in to me and other I've added. 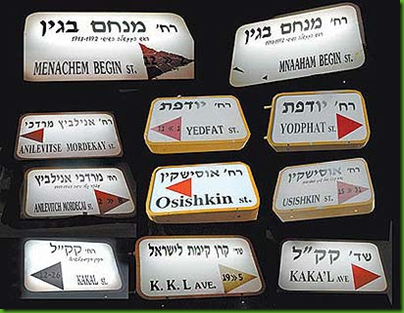 English - Hebrew Civil Defense Vocabulary
Rabbi Eliyokim Levanon: Lost In Translation?
No Such Thing as a Coincidence
Parashat Pinchas: The meaning of compassion by Daniel Pinner
The Turtledove War: The Process of Kolot (Voices) in the 6th Year
Leave “International Law” to the Internationals. I’ll Take The Torah!
It's No Way to Fight a War
Walking Around the Israel Museum, Something totally unrelated to war. Enjoy!
What is NOT Allowed When Israel is Being Attacked
Always Good to Pray, Rosh Chodesh Women's Prayer Group at Tel Shiloh. Save the date.
If "The Settlements" sic are The Problem, Why are The Arabs Attacking Tel Aviv? Just one of my "dumb questions."
Stop The Disproportionate War! Cease Warning Gazans!!!
An Israeli in New York III
Helping kids deal with rocket attacks on Israel
Protecting More than the Edge

A siren is heard in the United Nations Security Council, hat tip A Soldier's Mother.


This is an open welcoming community. We are always looking for new members. Please join us.
Posted by Batya at July 12, 2014

Thanks for hosting, Batya.

Parshat Pinchas Havel Havelim Is Up!