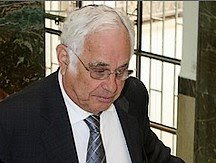 Morris Moshe Talansky has been in the hot seat for his gifts, loans, contributions to Ehud Olmert, but Olmert isn't the only Israeli politician who benefited from rich, generous friends. 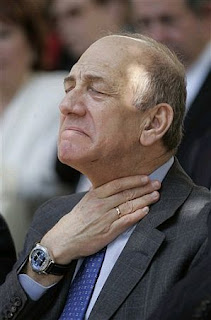 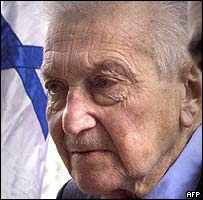 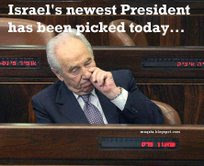 Lots has been written about how Shimon Peres's Peace Center makes it easy for his supporters, including foreign organizations, to give him much more money than the measly few hundred thousand dollars Talansky admits he gave to Olmert. 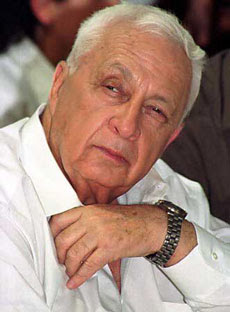 And I remember only a few years ago taking my parents to the Israeli Supreme Court to see the Israeli Movement for Quality in Government petition the court to have Ariel Sharon removed from office for accepting money from foreign businessmen.

Now I wonder, I'm curious about how many Israeli politicians have never received similar "gifts" from friends and supporters, here and abroad. We only know what has already been revealed.
No doubt there's plenty more being kept secret, at least for the time being.
Because of this, Olmert feels safe.
Posted by Batya at May 28, 2008

NFC reported that Talansky also gave envelopes of cash to Yitzhak Rabin. For those who read Hebrew, here is the link.

Yitzchak Oslo Rabin!?
That's interesting. Who else was on his gift list?