Can you really "chart," calculate happiness? Or is it like the poetry graph mocked by the Robin Williams character in the movie, "Dead Poets Society?" 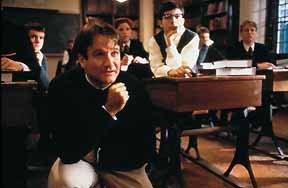 That's exactly what I thought of when I saw the article claiming that according to the relationship/differential between fertility and suicide you can calculate the happiness factor.

Now, if that's really true, you must compare the different Israeli sectors.

Actually, I just recently discussed something similar with a friend. We both believe that the human body holds various illnesses and "conditions" which only "come to life" when various other factors exist. For instance, that's why the Disengagement victims, the expellees are suffering from many more illnesses than before. The stress of losing their homes, communities and jobs and the knowledge that Israeli society not only doesn't value their lives, but they mock their idealism. They were much healthier even during the constant Arab terror and kassam attacks. That's because they felt positive purpose in their lives. Disengagement made a mockery of it all. So their physical defenses went down and illnesses rage.

Bottom line: I don't put my faith in those charts. When you have something to live for that means enough to you that you'd die for it, you're happy. That's not what John Lennon wrote in his famous song. "Imagine" yearns for an existence in which there's nothing to die for. I guess that's why he and his friends were so dependent on drugs and similar things.

"I get no kick from champagne." I prefer building Jewish Life in Eretz Yisrael, the Land of Israel.
Posted by Batya at 12:48:00 PM

Culture for All said...

You are right in that the chart doesn't show happiness because .

I don't know what it is the chart is showing, but while it isn't "happiness" (happiness can not be measured by suicide vs. birth rates), it is something.
- Steven

From the article:
"It is not their individual lives that the Jews find so pleasant, but rather the notion of a covenantal life that proceeds uninterrupted through the generations."

That doesn't seem so different from your view of happiness ("When you have something to live for that means enough to you that you'd die for it, you're happy.")

And while their methodology may not be so exact, somehow I think they stumbled across a result that is both true (regarding most Israelis) and very complimentary to us.

I agree that charts can't reflect happiness but the fact that Israelis value life says something about their shared values and morals that is quite complimentary. Not to mention an important distinction between Israel and all of the Arab nations surround Israel.

You never truly cherish something until it is taken away. Holocaust survivors and bereaved parents know this acutely.

Still, call me a complainer but there are a few things that trouble me about the study.

The first, which I mentioned in the comment thread on your other blog, is that this sets an unrealistic expectation for Israelis to be perpetually happy in the face of any tragedies.

When you're being bombed every day and virtually every media outlet in the world prints derogatory things it's natural to be angry, discouraged, upset at least some of the time.

The full emotional impact of all these children who must run for their lives every 15 seconds might not be apparent until years from now. So too with the people forced from their homes in Gush Katif and plunged into prolonged unemployment.

Finally--and I apologize for the long comment--the statement the authors of the study made about Israelis being happy because they're focused more on eternal life than what's happening in the here and now...

That makes me a little uneasy. Given the Iranians and their open desire to wipe Israel off the face of the earth and the violence from Hamas and Hizbollah it just seems scary.

So as a whole Israelis are a life-loving people, but we shouldn't let those who are suffering fall further into despair or focus too much on heaven that anyone becomes oblivious to what's happening here on earth.

The whole idea of "charting" happiness seems so rediculous.