I ended up at Rachel's Tomb during the ceremony when the Sefer Torah, written for Gilad Shalit's safe return, G-d willing, was brought there. 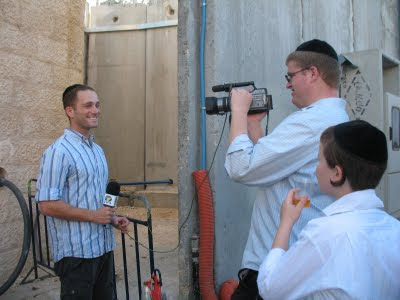 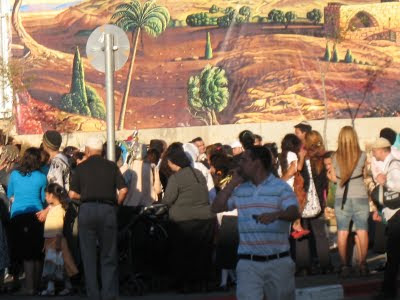 Yes, that's me being interviewed on TV. I'm the one who said that Israel must be strong. The Arab prisoners we're holding shouldn't get anything Shalit doesn't get, and that includes letting the Red Cross visit them.
The Red Cross is anti-Israel. That's why they opposed our Jewish Star as an officially recognized symbol. That's why they haven't campaigned for Gilad Shalit. If it doesn't bother them that he has been without their official care, then Israel doesn't owe them any respect.

Torah Scroll for Shalit's Freedom
Posted by Batya at August 22, 2009

you're overreacting. Red cross is not anti-israel. It is just not afraid to criticize israel when it is neccesary. obviously that's not permitted.

a, you're whitewashing, ignoring the truth.