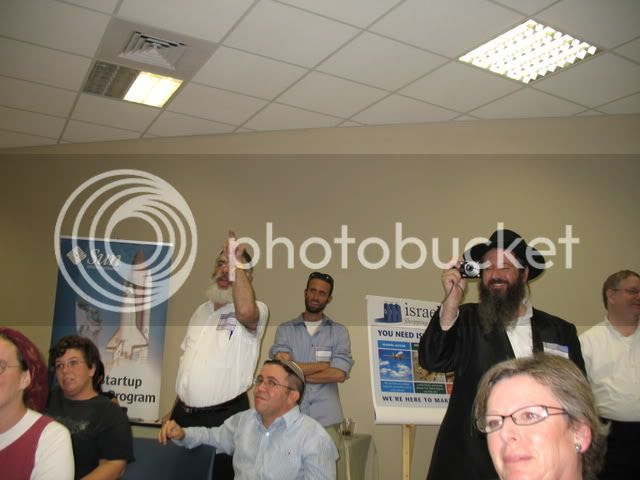 Last summer when Steve of Webads and Nefesh B'Nefesh put together the International Jewish Bloggers Convention, they very optimistically called it the "First." Of course, until there's a second, we never really know if something's a one-time deal or really the first in a series. 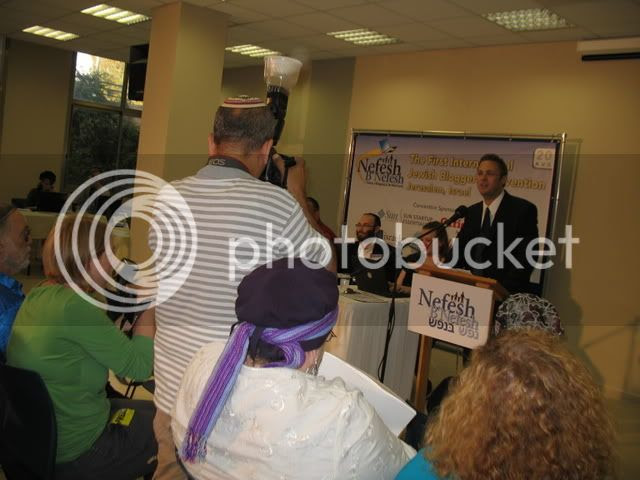 Registration is now open for the The Second International Jewish Bloggers Convention! 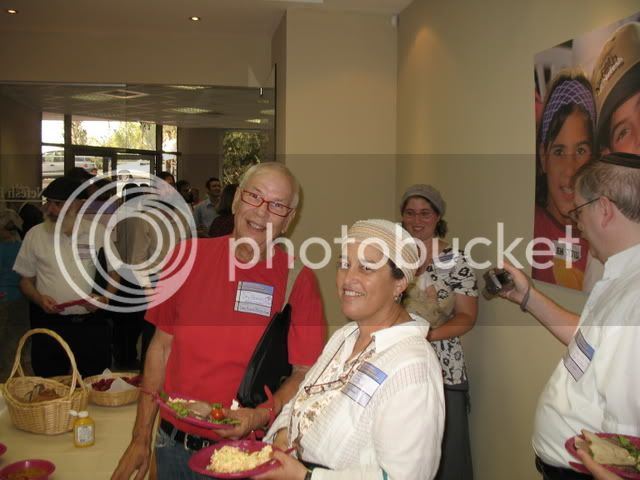 You can either attend it f2f in Jerusalem or online. 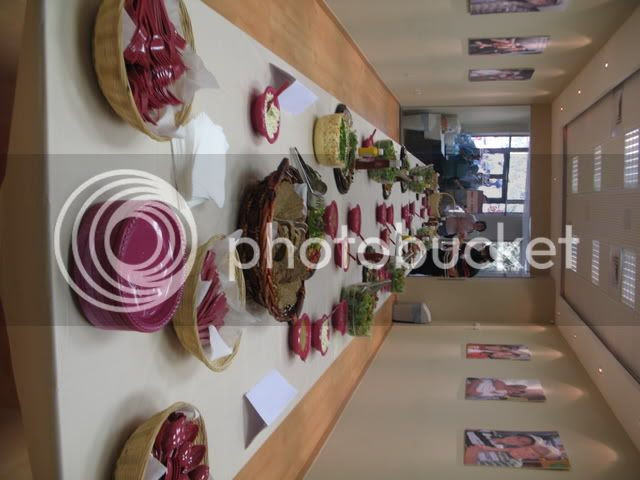 Obviously, online doesn't include dinner nor the light snack. You'll have to prepare and serve yourself. 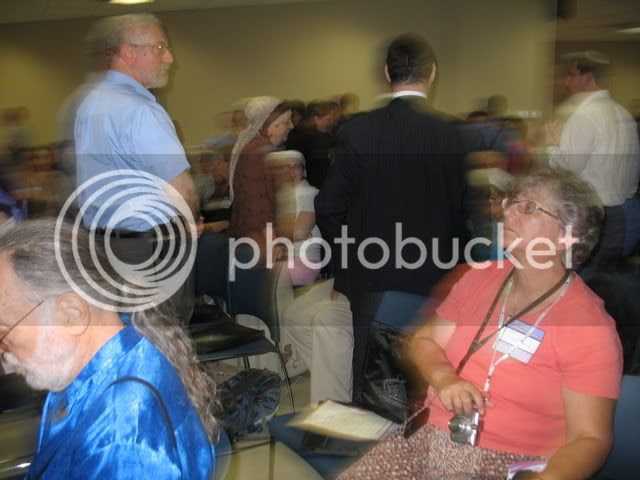 חבל that Ben-Yehuda's not coming. Again.
Are you coming? I signed up as well.

I think you have to make your pictures a bit smaller ecause the page looks really wierd.

Risa, I am simply not going to make or break the convention. I don't really have any issues with it either. As you can see I've been promoting it.

The guy pointing was criticizing, yes. Carl, why should you think I have any problem with him? Someone else there insulted me in public and still hasn't apologized.

Ya'aqov, I agree with Risa. It's a shame that you don't want to attend. The networking is great. You don't have to agree with the program.

Risa, those are photobucket pics; that's why they're so large.

Oh, whoops, not Carl. Someone grossly misinterpreted what you said. That's all i remember.

Who said I any disagreement with the program {aside from inviting anyone from the gov't}?

I've been promoting the Convention on my blog, so,....

Leave us in suspense until the big day....