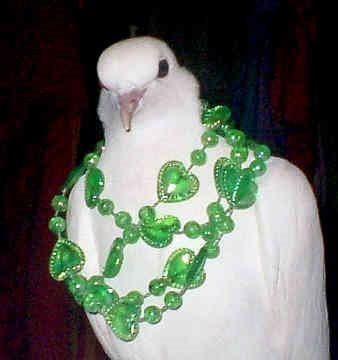 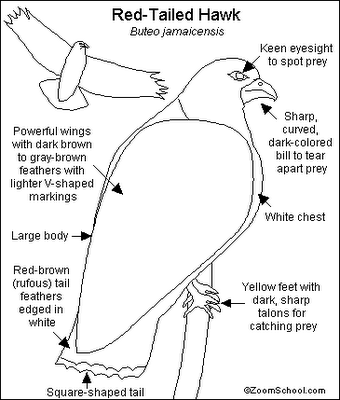 This is not my original idea; I remember reading an article about it about 30 years ago in the Jerusalem Post.

Misc.
The dove is actually a pigeon.
Hawks are extremely intelligent birds.

I've always been a hawk. A dove doesn't know how to fight when it needs to; a hawk can decide not to attack.

in theory, the idea of a dove is nice (peaceful, non-predatory) but in a case of 'fight or flight' it's practical to have the ability to fight. like ezzie said, the hawk can decide not to attack and can flee if necessary.

Which would you really want on your team?

not to mention that the footy team that my mum's family goes for is called 'the Hawks' :P

We have a pet pigeon, the type found in the city streets. He was ill and we nursed him back to health. He has been a part of our family, living indoors for a year. We take him outside and he has every opportunity to take off. He has remained with us. Today a hawk appeared out of thin air and gave chase. I was terrified for our lovely pigeon and unable to help in any way. He out flew,out manuvered the hawk and thankfully returned safely to us. He is a smart bird, highly intelligent and social. He has a perch near a window and whenever anyone walks by he emits little warning barks. He is always right. He has us well trained to give him food, water and shelter. Pidge can hover like a helocopter and do 90 degree turns through the house. His diving and turning at high speeds is beautiful to watch. As for peaceful...he bosses 2 dogs and a cat as well as 2 humans. Pidge is a gem. It is unlikely though that he will go outside again unless we have an eclosed run for him. This is the second time a hawk has appeared and both times Pidge has won the flight. We won't push his and our luck. He is quite content to be indoors as long as members of his flock are around.

At least yours cares about his home.