Israel Is Being Attacked. It Sure Looks Like The Arabs Are Making War

Day after day, the Arabs are attacking Israel, Israeli civilians with lethal rockets.  Why hasn't Israel attacked back?  No, I'm not talking about some wimpy shots at deserted fields and empty buildings.  That won't stop the violence.

And the Iron Dome is no more than a bandaid, a bandaid a few sizes too small.

This Shabbat I read of the massive protective sea walls in Japan.  Even the largest of them were totally ineffective, toppled by the much stronger tsunami waves. 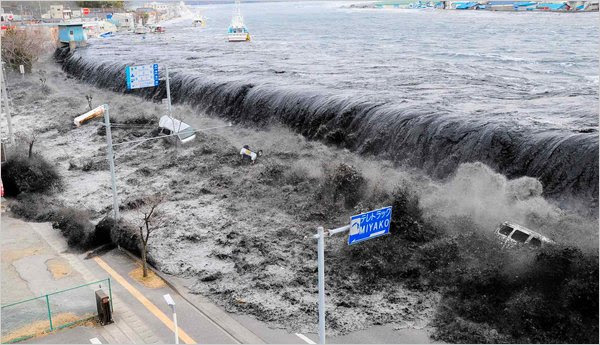 Will the Iron Dome become the next Bar Lev Line, the much heralded, but ultimately useless "defense system" the Israeli military insisted would keep the Egyptians from invading?

Shalom!
The Arabs launched missiles on the Lachish region for the first time. 22 missiles landed in Lachish over Shabbat. Friends of our from Katif now living in Amatziah reported that some landed near them. Most expellees are still living within missile range. The more things change...

So why do things seem so calm?

Shalom!
Because the missiles aren't launched on Ramat Gan?

But it's getting closer.