I decided to make this title very PC and didn't write:

Death Penalty for Murdering-Arab Terrorists!
It's in the realm of possibility that some European (or other nationality) extreme Leftist anarchist will also murder Israelis and deserve the death penalty.

I have been thinking about this for a long time.  I saw that yesterday's Letter From Israel by Arlene Kushner also mentioned the issue.  Sorry, but she hasn't been keeping her site up-to-date.  If you see that article someplace else, please add it to the comments here.

We Israelis waste a lot of government funds providing custodial, educational, cultural and medical services for convicted terrrorists, yes, even those like the ones who murdered most of the Fogel family of Itamar.  And even worse, those hundreds thousands in jail are constantly being added to the "exchange" lists for Israelis like Gilad Shalit.  Over the years, we've taken the bait and sent terrorists back to the Arabs.  The result has been more terrorism and less fear of being caught. 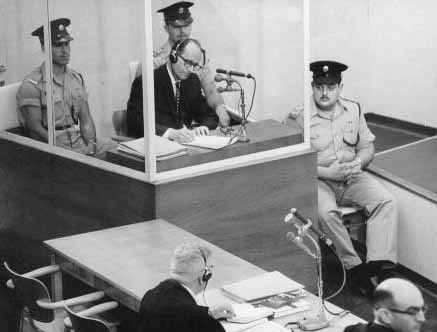 For whatever misguided reasons Israeli Law doesn't provide the Death Penalty for murder even terrorist murders.  It only demands execution for Nazi war criminals of "mass destruction" and was used only once, against Adolf Eichmann. 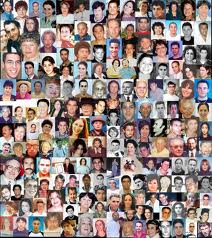 Considering the fact that the Arab terrorists aim to wipe us off the face of the earth, doesn't make them deserving of execution?  In memory of their victims, let's institute the death penalty for terrorists!
Posted by Batya at April 18, 2011

Arlene Kushner: I extended my Pesach greetings late last week, but knew I had to do this additional posting before Pesach began.

A gag order that was in effect during the course of the investigation of the terrorist attack on the Fogel family -- which saw the parents and three of their children (pictured below) cruelly slaughtered -- has now been lifted.
- Read Arlene's full "From Israel: We've Got Them!!" http://calevbenyefuneh.blogspot.com/2011/04/from-israel-weve-got-them.html

you know, we may disagree on a number of matters, but here i am with you.
terrorists who kill with their own hands should not be allowed to remain alive in israel.

We missed a great opportunity for justice by not only allowing Sami Kuntar to live but to leave the prison a hero to the Muslim world. He is a prime example. The only way he should have left was in a box. There are many, many more who fit this category. And even behind bars justice is denied while they breathe freely, receive visitors, get an education, plot the death of Jews while no living person has been able to even speak to Gilad Shalit.

Yosef, thanks for the link.
a, glad we agree

I'm with you: terrorists should be executed. Of course, in the very rare case in which a Jew engages in terrorism against Arabs, the penalty should be the same.

Bill, the law should be an extension of the present one and add Arab terrorists to the category of "Nazis." Don't try to be pc and include Jews, because the media, politicians, judges etc label Jews who are forced to kill attacking Arabs in self-defense as "terrorists"