An Israeli was murdered and five others injured when "PA Police" shot at their car.  The Israelis were on their way to pray at Joseph's Tomb in Shechem. 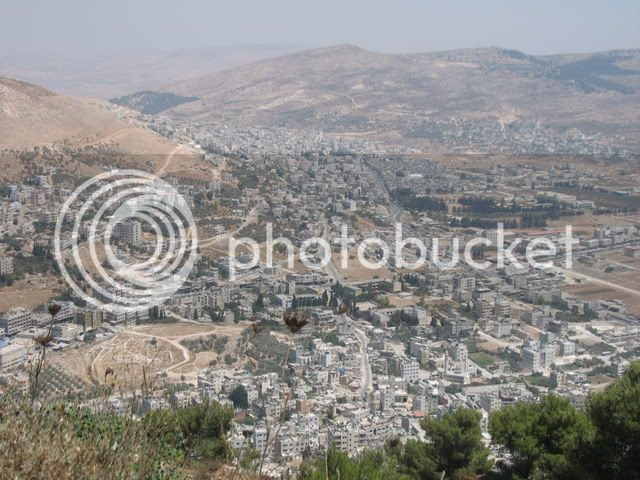 This must stop!  Read the blood on the walls and recognize the fact that there can never be peace, true peace with the Pseudostinians aka Palestinians sic.  They are out to murder Jews and destroy the State of Israel.  Israelis who support them are traitors, plain and simple.  There's something very sick, self-hating and suicidal in their psyches.
Posted by Batya at April 24, 2011

"Israelis who support them are traitors, plain and simple."

Thank you Bibi. This is the result of his 'leadership'

It began before Bibi; he just weakened and joined them.

Lambs to slaughter. Sill in the comfort zone. Eye for an eye doesn't even enter the equation, does it.

Killing, slaughtering, lynching, burning, stabbing, exploding, destroying - and your platitudes keep reaching new levels. How are you not ashamed to NOT reverse this and take back your PRIDE? Hands tied behind your backs, led to the gas chambers once again. You've learned to live with death.

Shy, not so simple as true as it is. Our biggest enemies are the JEws who cheer them on.

BECAUSE YOU NEED TO STOP THIS INSANITY! How can you sit back and do NOTHING? WHAT WILL WAKE YOU UP!?!

Dear Anonymous, first of all get a name (even if it's not real - just to uniquely associate you with your comments).

Next, you say you want a revolution? Lots of people do but these things do not happen by themselves. There are also complications and consequences.

Stop accusing most of the good people of Yehuda and Shomron and throughout the land of Israel of not doing anything about the situation. We are all between a rock and a hard place.

We here all hope that the opportunities and the personalities arise who will lead us to the Promised Land - and I am saying this ironically from my home in Jerusalem.

If you've got a sure fire plan, rise up on a public podium and call us to arms. I've heard them all and the time is just not ripe to achieve the objectives we all mutually desire to see speedily in our time.

Hashem Yakom Damam....BAruch Dayan Haemett. May HAshem avenge the spilled blood of His martyred servant.
THey are pushing us to the point of war- again. If this happens- or should I say "when" this happens, may we finish the job and not worry about "International pressure". Please may we the Jewish people do true teshuvah and usher in Moshiach!

a?, Shy's got a point. If you (all you a's) won't even give yourself a name how can you dare give us orders? I blog under my name. Anybody can find me. I'm not secretive about my beliefs and feelings. I protest plenty and post doable ideas. Put down your mask before giving me orders!

Batya, I don't give my real name. The main advantage of using any unique name in a discussion forum is simply to gather an overall assessment of someone's opinions over an extended number of comments on various topics.

Shy, I can still reach you by email. Those "a's" don't have the guts.

Batya, that's only because I emailed you first. Email is normally irrelevant to forum discussions.

True, although you keep your identity secret, you're not hiding.