What Is It About The Passover Seder That Attracts Even The Most Secular, Non-Observant Jew?

Most Jews and those descended from Jews don't keep the Torah Laws.  They don't usually care if a food item or meal is kosher.  They eat the forbidden chametz on Passover.  But that doesn't stop a large percentage from having some sort of traditional Seder, even if it's totally traif (non-kosher) and technically chametzdik. 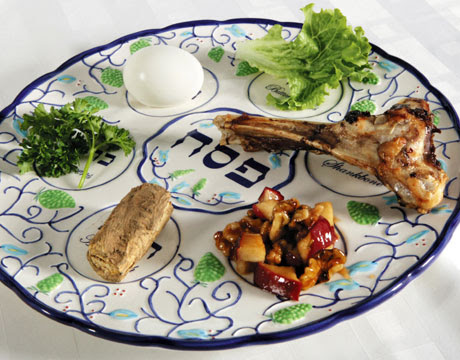 When I was growing up, we always had or attended Passover S'darim (seders,) though technically we didn't include everything and didn't read all that's in the Hagaddah.  Like many families, the Seder ended with the meal, and the meal including chicken soup with kneidlach was the highlight.  That's how I remember it from my childhood.  Maybe for some, it was the ritual, required drinking of four cups of wine.

Decades ago, when I was a kid, almost every Jewish family had at least someone who could read some of the Hebrew in the Hagaddah.  I highly doubt if that's the case today.  Our old Hagaddot had just Hebrew and English.  No doubt that today's Hagaddah has a lot of transliteration.

Today there are also all sorts of versions of the Hagaddah with additions and subtractions from the old traditional one.  Some people spend months before Passover assembling their own Hagaddah based on the theme of their choice.

I'm just very curious.  What is it about the Passover Seder that attracts otherwise non-observant Jews to have some sort of "seder?"
Posted by Batya at April 22, 2011

it could be the connection to some sort of tradition-no matter how "off" it may be. It could be the connection to family that most long for-especially in our ever busy lives.....Or it could be that it is ingrained in us, just like the ingrained inate behavior for even the most unoffiliated jew to perform bris mila on his male child on the eight day when they intend to do perform little else of the rituals of Judaism......what do you think? Enjoy the rest of Pesach!

Leah, it could just be the primal memory of the food...

I think you're both right, Leah and Batya.


It's an interesting post. A couple of years ago I got into a conversion with a man who insisted that he was a secular Jew. Still, he celebrated Pesach at the homes of his two sons, both hassidic Jews.


Since this man did go to sedars, I asked him if the observance of even one mitzvah made him a religious Jew.

He didn't like the question at all and insisted he was a secular Jew.

Keli, interesting story there. both sons religious, he must be more spiritual than he let on.