Syria's Assad, The Further Away The Better!

Much too frequently, Israeli politicians and retired military go after headlines with offers to give the Golan Heights to Syria, as if it were some classy hostess gift to a benevolent philanthropist.  Besides the fact that the Golan Heights was legally annexed by Israel decades ago after being liberated in the Six Days War when Syria, Jordan and Egypt attacked Israel to destroy it and the fact that Syria had used it for terror attacks on Israel, what is Syria today?

One thing for sure; Syria is not a benign, peaceful, democratic country offering freedom and civil rights to its citizens and residents.  The Jerusalem Post has an article by someone, forced to write anonymously, about the lack of basic freedoms even to the middle and upper classes in Syria today.  So, think about it. 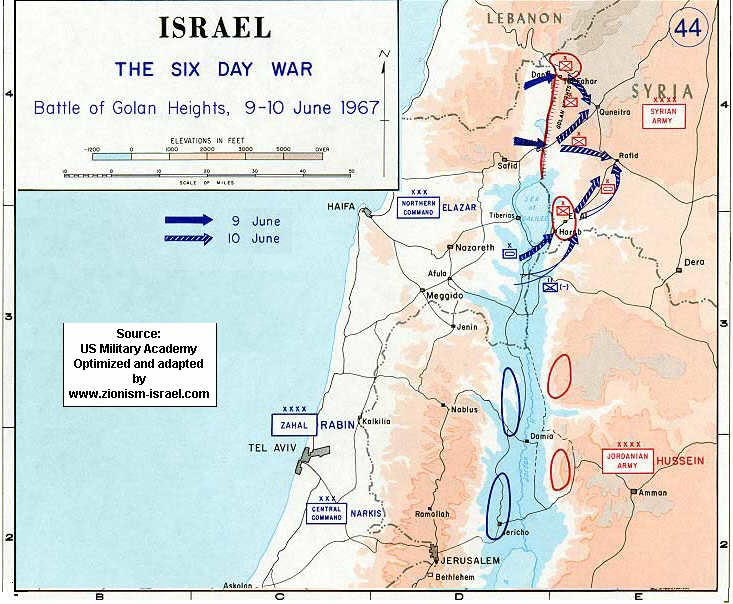 The Golan Heights is a natural geographical part of the State of Israel.  It provides a natural boundary against enemies from the north, yes, Syria. 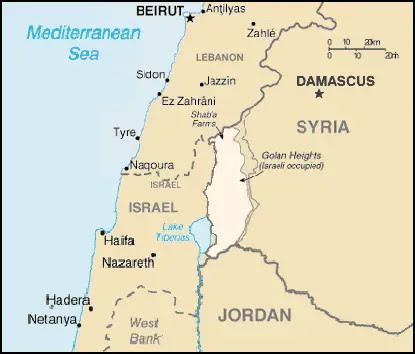 Israel is no colonizer.  All of the Land we hold is part of our history and heritage.  Our mistake is not fully annexing it offering residents the choice between being loyal tax-paying, law-abiding Israeli citizens, living as permanent non-citizen residents or leaving.  Our old pre-1967 "green line" borders were unnatural, illogical and dangerous for our security.  It's miracle that we survived the 1967 Six Days War, during which we were attacked on all three fronts, Syria from the north, Egypt from the south and Jordan from the east.  Their coordinated aim was to drive us into the Mediterranean Sea, yes, to the west.  No country came to our assistance.  The United Nations stood passively by when Egypt ordered its observers to leave.

According to all international law and precedent, all of the land we acquired in that defensive war for our survival is ours and ours alone.
Posted by Batya at April 17, 2011

I wish I had a more serious comment but looking at that first picture made me pause.

To the left it looks like Syria is ready to gobble up Lebanon and Israel.

Good to hear from you Keli, how are you?
Yes, Syria is huge.