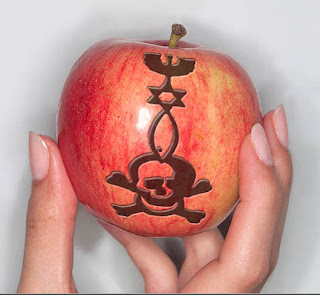 Christian Missionaries Ari and Shira (Carole Lindsay) Sorko Ram of MaozIsrael Ministries target Jews for conversion and propagate “messianic judaism” in Israel. They enjoy support and endorsements from the biggest names in the "Christian Zionist” world - because they have yichus.

Writing and vlogging anti-Semitic ravings and accusations against the Orthodox Community and Torah Judaism has become a family affair as Shani(Sorko Ram)Ferguson joins in the family plan “to help further the evangelistic thrust into Israel”. Does the Lindsay-Sorko Ram-Ferguson clan represent a few bad apples, or are they at the core of a tree that is rotten – all the way down to its very evangelical roots?...Jewish Israel investigates.

Last week Jewish Israel reported on an overt and growing missionary presence at the Baptist Village, in Petach Tikva, in anticipation of the Maccabiah 2009 baseball and softball games. We have an important and disturbing update to that report.

[note: Jewish Israel in no way wants to put a damper on the Maccabiah games nor discourage participation in a great event and sporting opportunity for Jewish athletes, and for Israel. However, we do feel that ground rules and guidelines must be established in order to ensure that those with an evangelizing agenda do not have access to our youth and other vulnerable sectors of Jewish and Israeli society. Those affiliated with the Baptist Village and the Southern Baptist Convention make no bones about their missionary intentions and aspirations. To promote the Maccabiah games as a missionary opportunity for targeting Jews is inappropriate, shameless and makes a mockery of the Jewish state. Submit your protest to the proper authorities listed in the report]
Posted by Ellen at July 22, 2009