At The Jerusalem Conference, Part 2.5

I don't yet have time for a very detailed report on the Jerusalem Conference, so let this illustrated post suffice.

Here's one of the charts, from an Arab internet site, shown during the talk by Lt. Colonel (res) Jonathan D. Halevi, Senior Researcher, Jerusalem Center for Public Affairs.

We're just not "on the ball" when it comes to utilizing modern technology. Yes, it's hard to believe. Aren't Jews supposed to be so smart? Well, it looks like we're not using our G-d-given talents for our own needs. 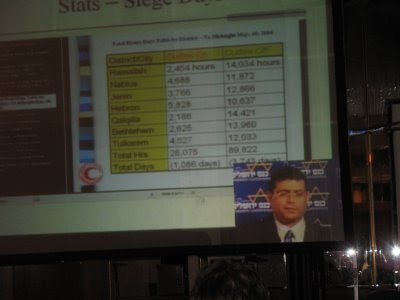 Here are a couple of scenes from the opening night. 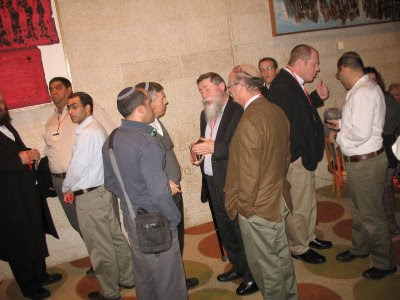 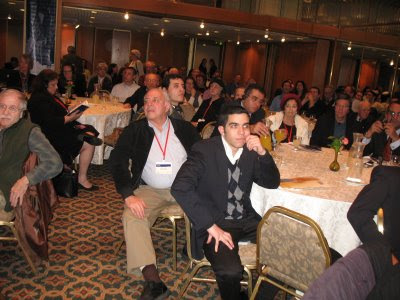 Apparently I missed some very interesting statements yesterday morning when I was on my Matan Tour, which I'll bli neder blog about later.

It was during the session called, Israel under Attack, and the Civilians of the Gaza Area Respond. Sharon Katz, of Voices Magazine, told me that the crowd was incredulous. Politicians, from southern Israel, who spoke "crowned" their remarks with support for Disengagement.

It's very disappointing, though not surprising, that Left wing politicians are so glued to their ideology that they can't see the terror and hatred through their Left-tinted lenses.

Batya, Shalom!
It may be an issue of pride more than an issue of being glued to ideology. Most on the left-wing can't bring themselves to admit that all of the "orange" predictions were based on logic, and are unfortunately correct.
What's even more frightening to consider is that kibbutzniks now being bombarded with missiles are still clinging to that ideology. You can hit some people over the head with facts and they still don't sink in.
Hadassa

thanks Hadassa
And you can bombard them with missiles and they still don't get it.

Batya, Shalom!
To answer the question posted on the INN blog, the chart compares "curfew on" hours and "curfew off" hours; those are the headings. The Arabs like to complain about how they can't get to work, medical care etc. because of curfews. If they didn't engage in terror on a regular basis they wouldn't be hassled on their way to work. And if they didn't use ambulances to transport weapons, suicide bombers and other terrorists they wouldn't have problems, not even during curfews - or closures.
You mentioned "closure" in your reply on the INN blog. To the best of my knowledge, closure is when the (non-existent) "Green Line" crossings are closed. A curfew defines what time everybody has to be at home, or else be automatically considered to be outside for purposes of terror.
Hadassa