Bittersweet; The Third Memorial of the Destruction of Gush Katif and the Northern Shomron communities

Bittersweet; The Third Memorial of the Destruction of Gush Katif and the Northern Shomron communities

With our third memorial of the destruction of our Gush Katif and northern Shomron communities quickly approaching I find myself thinking of my cousins' aliya on the exact same date, same time, same year.

My cousins made aliya from the USA with the Nefesh b' Nefesh organization. For them it surely was a time filled with mixed emotions teetering between excitement, hope, and apprehension as they approached their new life chapter in Israel.

My world in Gush Katif was falling apart before my eyes and I so desperately needed to welcome these relatives with whom I had only recently become familiar, this plane, hear the Zionist speeches, and witness this in-gathering - but it wasn't to be.

Our nation had lost a national treasure but simultaneously had gained strength in Jewish families making aliya. I felt we stood together with new challenges ahead.

I am happy to write of my cousins' positive attitudes and efforts in acclimating and integrating into their new life. They're off to a running start and pacing themselves nicely – children and parents alike. They are actively involved with their community, and are making their aliya work.

Here at the temporary Nitzan caravilla where the largest concentration of former Gush Katif residents reside, we find those people that are doing well are doing so in spite of the government and not because of it.

According to the recently published Maagar Mohot Institute comprehensive study of the Gush Katif population measuring attitude and perception towards the Israeli government as well as emotional, financial, and medical situations three years after the Israeli unilateral withdrawal from Gaza, (Ynet, 07.23.08 "Gush Katif evacuees suffering financial, medical problems"), the former Gush Katif residents feel the government failed miserably in fulfilling its slogan "There is a solution for every settler."

Approximately 70% of the Maagar Mohot study participants claim their financial situation is far worse than it was prior to the evacuation while 37% consider their over-all situation “bad” or “very bad.” Gush Katif residents were productive, employed members of society prior to Disengagement whereas today 50% remain unemployed with the former farmers 31% unemployment rate especially high. Moreover, while the overwhelming majority chose to stay with their Gush Katif community, 67% are dissatisfied with their temporary prefab caravilla structures. Lastly, 61% of the study participants claim the grossly inadequate compensation monies allocated for housing are being spent on daily expenses with little left for housing.

The combination of high unemployment, financial difficulties, inadequate temporary housing and tight, limited budgets for permanent housing all conspire to make an increase in acute medical diagnoses including depression, heart disease, and cancer. These ailments were unknown among the former Gush Katif residents prior to Disengagement.

Yet we will continue with our struggle.

We will build new communities based on the foundations and goals of our destroyed Gush Katif. The infrastructure for the permanent Neve Dekalim site here at Nitzan continue at a snail pace, yet many families have met and continue to meet with architects and contractors. As of this writing, 72 families, including mine, await the required building permits while about 15 houses have already begun to be built. 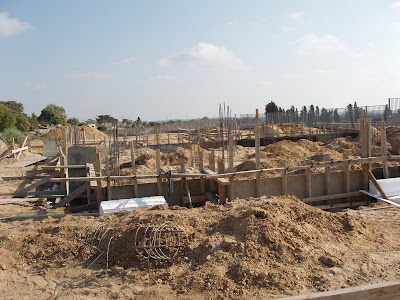 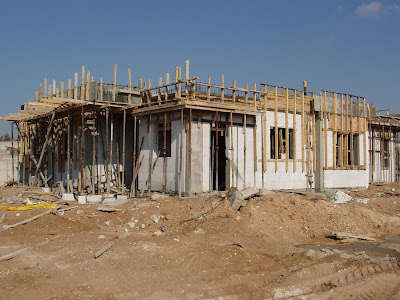 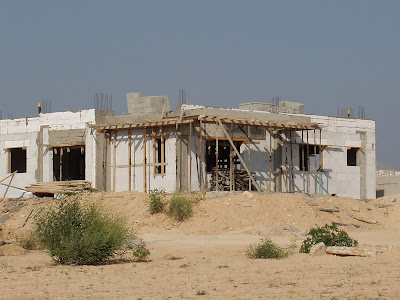 May we all continue to go from strength to strength!

I am just so blessed by you and your people's spirit ! It is such a real* and warm blessing!.....

As a non-Jew that still cannot believe the ignoble disengagement happened in the first place, I cannot -even further- believe the treatment of your people (the settlers) by the corrupt and clearly disdainful Israeli government.... I don’t know what to say - further- of the horrible treatment of the Katif Settlers - Who were such a lovely (and still are) , patriotic, and G-d fearing people ... Honestly- it really boggles my mind, Sarah ..... Why would a government, a section of people- hate another group - that did do no harm- but did so much good ? I don’t know Sarah- but it seems to me - that - somehow the way of life, the belief system - in other words- the religion (read *FAITH*) of the settlers - was, and is a threat to the secular stronghold in Israeli society.... How other , can it be explained ? Is there some people in Israel that hate so much The settlers, Sarah??? I mean- why would a Jew- I mean A JEW - evacuate another Jew?!?! In my limited understanding- are not Jew's supposed to be like brother and sisters? It is just so very hard for me to understand- to try to understand what happened, Sarah...

On a positive note, I am very much encouraged and *happy - that there still are people like you- that despite through all the inordinate hardships, pain and suffering - that your enduring. lively and indomitable spirit continues to spread hope, courage and life - Being a true example of what it is to be a Jew and a illuminating light unto the nations!

Have a great, blessed and *awesome week ahead of you - Sarah Layah and all The Israeli Settlers - You are all my heroes !

Shalom Edward and thank you for your thoughtful comments...

I don't know that we'll ever understand the whys of Israel's unilateral withdrawal from Gaza and northern Shomron communities including
*why the government allowed Gush Katif residents to be targeted by Arab terror;bombed and shot at for 5 years with inadequate army response and in the end expelling our civilian population rather than fighting the real enemy and on going war.
*why the people of S'derot and the western Negev are living under Arab fire; reduced to sitting ducks.

Oh to be a Jew freely walking, living,and thriving in a Jewish sovereign, independent homeland!

We seem to be a lost and stumbling nation within our land - with our "in" (inept, incompetent, inadequate...) leadership a reflection of our misdirection.

Nevertheless I believe that with faith and perseverance -we'll win and one day return and rebuild Gush Katif...

All the best,
Sara Layah

I have too much to say about the general subject of Gush Katif and have decided to make it a post in its own right. I just want to thank Edward for his comments from the heard. Almost every Hispanic person has Jewish ancestry. During the Holocaust, despite being an ally of Hitler (ym"sh), Franco the Fascist refused to cooperate with Nazi annihilation policies. In fact Spain gave many passports and visas to Sefardi Jews. If you have this kind of deep feeling for Israel from the heart, maybe you should check it out.

Thank you very much for your comment.... I really do appreciate it !

To my knowledge, I do not think I have Jewish Ancestry - to my knowledge - at least, right now....
If my family had some 'peculiar Jewish practices' - I would have probably known by now.... It seems, at least
from my mother's side, that we have been completely assimilated - if we ever had a Jewish lineage.....

What I do wonder about is the fact that my great grandparents from my mother's side - including my grandmother- may she rest in HaShem's peace - always had a - how to put it- a very cheerful and helpful disposition ! I've heard (I have to talk to my aunts and uncles further) that my great grandparents, grandmother in Mexico were known for their *hospitality and kindness to everyone..... I don't know if that is a sign - at all - of Jewishness - but I can't help to think about the kindness and hospitality - sort of like Avraham Avinu - that was apparently exhibited by my family....

As much as I would love to have some sort of Jewish Ancestry ( it would be a G-d send- really!) , it seems - if we had any- it has been completely assimilated....

Regardless of if or not I have Jewish past - I hope and pray - to the G-d of Israel - that I may always come to see the Jewish people as my friends - and even as brothers and sisters (aren't we all brothers in sisters?)- and that I can live up to that friendship - even when the tough times come (which, I feel, are coming up - sadly to say ...)

"Even miles away you can be a part of us and together we will write a new page in the history of the Jewish people and the Land of Israel," Katif Fund http://www.katifund.org