This week's Parshat Shavua, Torah portion of the week is  וָאֵרָא Va'era, And I Appeared....

It was a very difficult week for the Jewish People. Four Jewish families based in France began their week preparing for funerals. Their loved ones were brutally murdered by Muslim Arab terrorists in a Paris kosher supermarket. Posts about this tragedy and the ramifications for world Jewry will be included in this edition of Havel Havelim.

Havel Havelim, the long running, weekly international Jewish blog carnival that has been appearing well over a decade. It was begun by Soccer Dad who no longer blogs. He coordinated it for quite a while. Now we use our facebook page to coordinate and publicize it. That's where we sign up to host an edition (Hint! Hint!) and see the latest Jewish blog news. Join the page and become part of the community.

Next week's Havel Havelim will be hosted by Elana of the Israel Forever Foundation. You can send in your links to blog@israelforever.org. with HH as "subject." Our weekly deadline is before Shabbat "your time." 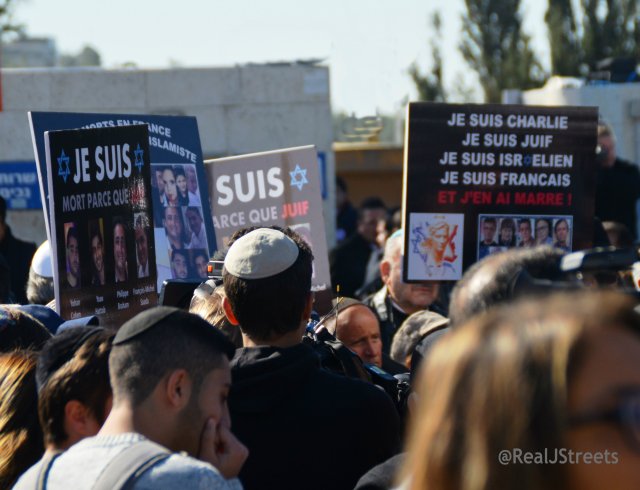 Here's the January 2015 Jewish Book Carnival, a collection of book reviews, Jewish books, of course.
Gail Winston's "war diary"
Ben Zion Spitz's Faith is the Cure
The Real Jerusalem Streets was at the the Jerusalem funeral of the four French Jews murdered by Arab Muslim terrorists in Paris.
Yocheved tells how she felt going into Shabbat worrying about the Jewish hostages in Paris. The Meaning of Life is More than You Imagined

New immigrants deal with the unexpected in this moving post: Dear Kids, ...
Israel Forever L'Chaim to Our Lone Soldiers
For me, this is the most difficult Israeli election in the 44 years we're here. Terrible Israeli Election Dilemma!

I was just thinking that since we're almost at TU b'Shvat, it's time to do pre-Passover inventory, and here's an important post by Tzivia for those who don't quite fathom what Passover and the seder are.  10 Savvy Survival Tips to survive – and enjoy! – your first seder experience.
HaDassah's Jerusalem f2f!
Tzivia Ready to work: finding your first job in Israel.
Esser Agaroth asks: Dear Mark Zuckerberg, Facebook Rejects Extremism? Seriously?
As a terror attack survivor, Can One Protect Oneself Against Terrorism?
Israel Matzav Silencing dissent: Pro-Israel event canceled due to threats in...

If you're disappointed in not finding your post included, sorry. I just included what was sent to me and what I found. The best way to guarantee being included is to send your link to the host of the upcoming week's Havel Havelim. That means that for the following week please send to blog@israelforever.org. with HH as "subject." Hosts always appreciate a short blurb to help us describe your post.

Batya it's such a pleasure to be part of the HH effort! Thank you for including my posts from time to time.

Yocheved, thank you for participating and especially for hosting. We all appreciate your efforts as part of the international HH Community.

B"H - Thank G-d the Internet is big and you don't yet control it all.

B"H - Let's see, if I say you're beautiful and intelligent, will you leave my comment up, or is it enough to be Ariel ben Yochanan to get eliminated?