Amona Back in The News

A few years ago the government's decision to destroy a few houses in the community of Amona turned into one of the most disgraceful displays of anti-civilian brutal violence by the Israeli government. Many demonstrators were injured by the armed forces including Knesset members and young children. 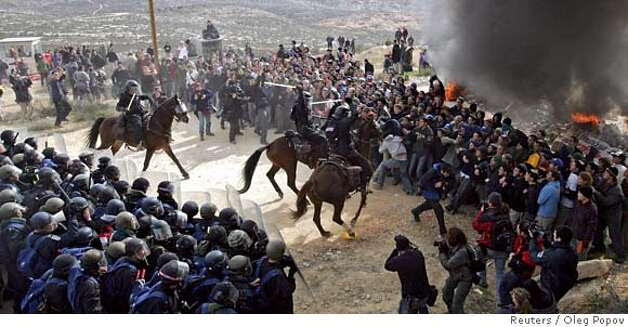 I was a high school English Teacher then, and my students were there and came back totally traumatized. They saw their teachers, rabbis being thrown out of windows as if they were garbage. That was in 2006, nine years ago. We thought that as awful as it was, at least it was over and Amona could resume as a community next to Ofra, just south of Shiloh.

But unfortunately we were wrong. The extreme Leftist anti-Jewish Rights to the Land of Israel faction has again gotten the approval of the far Left Supreme Court, and now they want all of Amona to be history.

When I was in Jerusalem last night I was surprised to see a large demonstration of young children, the children of Amona. 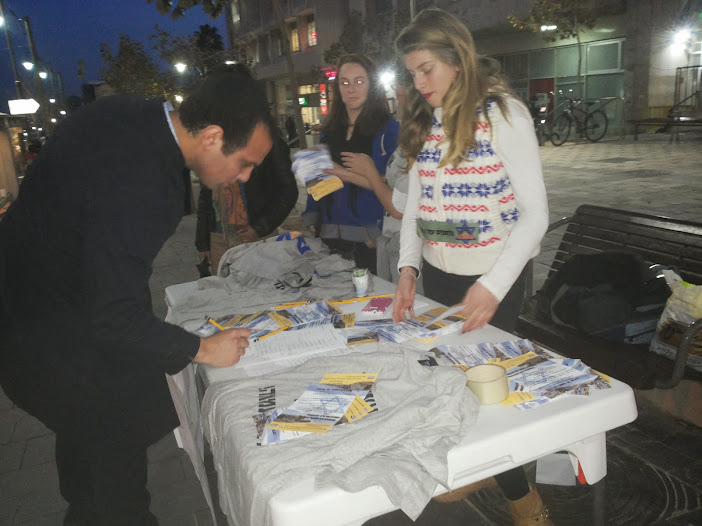 They were demonstrating for the continued existance of their community.

May G-d turn this all around and give true wisdom to our earthly judges!
Posted by Batya at January 23, 2015

Sad, tragic. I thought it would never happen again. What was the name of that unit with the black horses? It began with an S and people said they were vicious when they attacked Amona a few years ago.

I remember how Gush Katif generated international attention but nothing about Amona. The main thing I remember is all the head injuries.

Keliata,
How are you?
They are the yasamnikim. A horrid sadistic bunch of monsters.

These yasamnikim cannot possibly be of Jewish descent. Calling them monsters is being kind.

It's so immoral that the unit was formed to be used against Jews, innocent Jews.