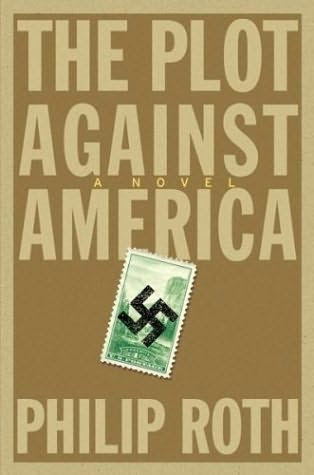 I've just finished reading Philip Roth's "The Plot Against America," and it's a whopper of a tale.  It reads so hauntingly and frighteningly true that if I hadn't been raised in post-World War Two America I'd believe it to be an accurate history book.

Or should I say that because I'm very familiar with the twentieth century United States I must say that it reads true.  It could have happened, and thank G-d it didn't.  I guess that's the greatest compliment one could give a book of that genre, the "what if..."

What if the antisemitic, Nazi-sympathizer Charles Lindbergh had been elected President in 1938 instead of Franklin Roosevelt?  Start from there and Roth's book is amazing.  What could/would have happened to an ordinary new Jersey Jewish family?

I read it a while ago. It's an excellent book. But don't let Norman Finkelstein hear you say that http://torahfromzion.blogspot.com/2010/01/argument-over-norman-finklestein.html

R Leibtag has pointed out that God needed Paroah to SEND Bnai Yisroel out, simply allowing for immigration to Cannan would not be enough, not many would leave without being SENT, driven out.
I hope I don't need to connect the dots for anyone.

Shmuel, no problem; the only Finkelstien I ever cared about was my Aunt Sadie!

yc, but it's said that only 1/5 one fifth of Bnai Yisrael left Egypt.

Batya, you should give the details.

Comment of Rashi on "they marched out chamusim". Tranlates literally "armed" or "in battle formation". However, it can also be read as one fifth from the root chamesh - 5.

That says that 80% were buried during the final three days of darkness when the Egyptians could not move and could not see what was happening. Considering that Dasan and Aviram (the villains of the trek through the desert) did make it out alive, consider how serious about staying in Egypt the rest must have been.

I also found the following at http://www.nishmat.net/article.php?id=92&heading=0

--- Start quotation ------
Second, the more radical opinion in Rashi and the Mekhilta is that chamushim comes from the word for five, chamesh<3>, and that only one in five Jews left Egypt. In Rav Henkin's words, this approach explains the verse to mean that haShem "took into the desert those who did leave, because they were only a fifth: they were demoralized because the majority of their brethren had stayed behind"<4>. Only twenty percent of the Jews left Egypt! Believe it or not, the one-in-five opinion is the most conservative one in the Mekhilta. The full text reads:

----- Start Quotation -----
In other words, Rav Schwab defuses the explosive numbers of the midrash by applying them to future generations. A variation of this approach is to apply the numbers to past generations<10>. Except, perhaps, for a few individuals (as Rav Schwab suggests above), all the Jews alive at the time of the Exodus left Egypt. This was truly cause for celebration. However, the vast majority of the Jews who had lived in Egypt over the previous 200 (or 400) years didn't make it to the finish line. Of all those millions of Jews who had hoped and prayed to be freed from slavery, only one in five (or one in fifty, or one in five hundred) actually left Egypt. According to this, "The Children of Israel went up from Egypt chamushim" means that the newly-freed slaves were sobered by the thought of all their relatives who had lived and died in Egypt. Perhaps it was the sight of Moshe (in the next verse) carrying Yosef's bones which triggered the realization that the Jews were not only free, they were survivors as well.
------ End Quotation --------

Sabba Hillel, thank you for filling in the blanks. You did it much better than I could have.