For Short Trips, Don't Fly. Get Used to The Three Hour Routine

For years now, I've considered three hours before a flight to be the right time to get to the airport.  Granted, that does give me too much time to kill spend money at the duty free shops.

It's not like it takes three hours, but I once heard that "just to be safe" come three hours before and that's how I schedule it. Considering that the flight is over ten hours between Israel and New York, I don't mind.

Reports are that nowadays, people spend so long getting checked that they miss their flight, so three hours are normal, or should be the expected.

Does this mean the end of flying a 40 minute shuttle flight? It does seem pretty dumb to spend a couple of hours being "patted down" and having total strangers unpack and repack your suitcase. How about just taking your stuff in a paper bag and packing after the inspection?

Or wear and buy disposable clothes?

The train is looking better, or will people just drive when possible? 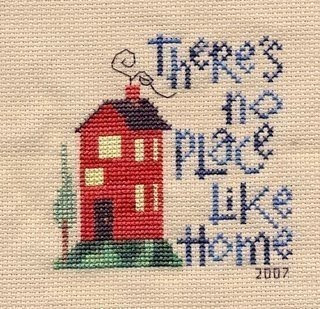 The US border with Canada is the largest unprotected border in the world. Yet when the US gov't started forcing American citizens to obtain passports and enhanced driver's license and non-driver's ID so they could get back into the US after a trip to Fort Erie or Toronto, a lot of Buffalonians started to stay home and vacation in their own backyards.

Sigh. I miss the days when customs would just ask everyone in the car, "Citizenship?"

And off you went either to Crystal Beach, or Garrison Road for dinner or Niagara on the Lake.


It seems ridiculous to need special ID just to get back into your own country. And Canada is like a second home.

But...I hate the restrictions so I'm staying in the US.

Keli, in all honesty, after almost 40 years with Israeli ID in my wallet, I don't think it strange to have to prove my identity.
You're honest, but most people would lie, so it's legitimate for the border staff to ask for ID's.

But you're right, it should be easy to travel between the US and Canada. To me it's no big deal to show an ID.

I know what you're saying about carrying ID to prove citizenship:)

I think the new ruling though coming after a lifetime of being able to cross the border (Peace Bridge) with little trouble is a slap in the face. It still stings.

Americans and Canadians in Ontario are so close. They come for our sales; we shop their because our dollar is worth more. The US often accepts Canadian currency without making a deduction so it's win-win for all concerned.

Is the US dollar really still stronger? I thought that the Canadian had caught up. Part of this is just getting used to a new routine for you. I hadn't realized the cities were so close.

Indeed. The US dollar is worth more in Canada, typically $1 US is worth about $1.20 in Canada, and Canadian shops give us the exchange rate.

Canadians shop in Buffalo, Niagara Falls because we have more malls, stores to buy stuff, and the stores accept their money at face value $1 Canadian=$1 US.

So they buy a lot of stuff, including cars here because it's cheaper.

I can't say how close other US cities are to Canada but Buffalo and Niagara Falls are very close with Ontario. In my old neighborhood, the Peace Bridge was only five minutes away and I had even walked to Canada.


Also, my grandfather was born there. Everyone I know goes to Canada. I went there every summer and until last year used to go to Toronto to see shows like The Phantom of the Opera.


Downtown Buffalo is pretty much a ghost town at night but Toronto is like NYC. The city that never sleeps! I love it. The subways, though, yuck, I don't care for subways AT ALL.

The first time I went down into one in the summer I thought I'd faint from the heat.


But really, after being so close and having such affection for Canada the new rules is sort of like a slap in the face. A place you're used to traveling to without hassles we now feel like dangerous strangers who need to show ID.


And a passport is expensive at $120. Most families can't afford passports for all of their kids, either.

Thanks for the info. Being from Long Island, I hadn't a clue.