Against the Odds, Israeli Rescue Story In Haiti. Thoughts About Haiti's Future 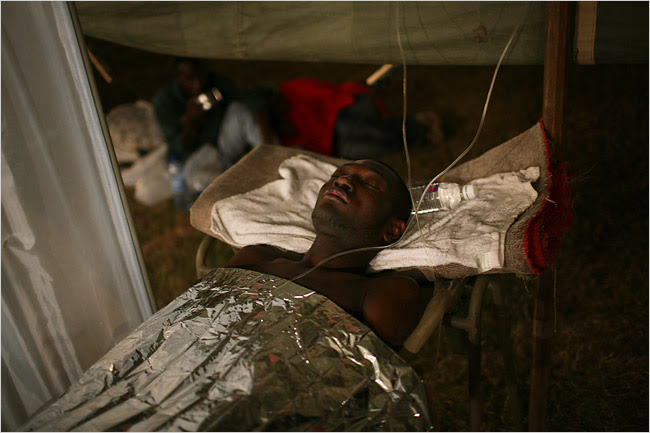 Most experts will tell you that people can't live trapped, without food or water for more than a week.  The Haitian government keeps saying that the rescue effort is officially over, but we're still hearing stories of survivors pulled out of the rubble a week and a half after the earthquake.


The Israeli rescue team and medical staff/field hospital have raised the bar in Haiti.  Israel has been instrumental in many of the most dramatic rescue successes including that of a young man ten days after the earthquake.


Israel is apparently the star of the rescue effort after the earthquake in Haiti, but how will Haiti, not just recover but become a healthy successful nation?


The pictures of Haitians lined up in a large sports stadium being given food packages by American soldiers bode bad news for Haiti.  It didn't comfort me to hear that the weapons weren't loaded or how many calories and ounces of water in the food aid. 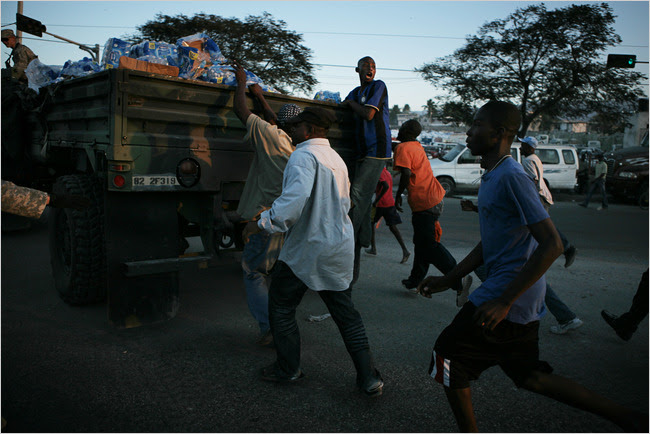 Jewish Law/tradition tells us that it's better charity to help a person work than just give them gifts.


Organizing the Haitians to distribute the aid and start repairing their own buildings with suitable material would be better in the long run than having them line up for food and tents.

I hate to be so negative, but no doubt that these good intentions will just lead to hell. Haiti was an unhealthy, unsuccessful society and country before the quake, and I fear that the non-geo aftershocks will only make things much worse.


They don't need foreign military to help; they need real community leaders, educators, youth directors.  The Haitians need help not only to recover but to build a heathy society, not military occupation.

i agree with you for the most part. but 1] it is not the worlds job to make haiti a successful nation, altho it would be in the worlds best interests on some level. what the world has done for haiti is tzedaka, plain and simple. 2] as you say, haiti was not a success before, and will not be after the quake. 3] if the people have no food they can have no functioning govt. so i dont think giving them food is misplaced. if you think the world, which i assume means the us, should help them in nation building, well, i think the us has enough on its plate right now in that dept. 3] israels success in haiti is due to its military, so dont knock the military quite so much. once again, kol hakavod letzahal!

a, certainly nobody can "make haiti a successful nation" just like the US can't make Iraq a western democracy. What must be done is a mentoring, slow process and not by the military.

The nation of Haiti is composed of descendents of slaves who revolted against their masters in the most bloody fashion. Since it was not economically viable for the French colonial authorities to send in an army or whatever to the extent necessary to control the place and the people, it was basically left to fester for the last couple of hundred years. Occasionally the limousine liberals have pangs of guilt, such as now. But basically these people with their savagery and voodoo are not going to change very much. Those who leave can perhaps find a better future. I don't think there is much of anything that can be done to make Haiti with its present population a successful nation. We all have more serious problems closer to home, so it doesn't look likely that in the long run much will happen. Mentoring, as Batya suggests, will take time and patience, something Israelis are not noted for.

goyish, it's not Israel's job. We have enough problems at home.