I'm embarrassed to say that in the thirty years since my first visit to Shiloh including the twenty-eight and a half we've lived here, I never entered this samll snyagogue until a neighbor told me about in on Rosh Chodesh Shvat, barely two weeks ago.  It's not that I was, G-d forbid, avoiding the place, I just didn't know such a builing/remain existed.  Of cours I passed it inumerable times, but I didn't know that bewhind the great boulder facing the street, there was the most authentic synagogue. 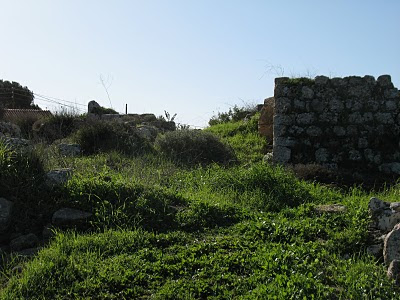 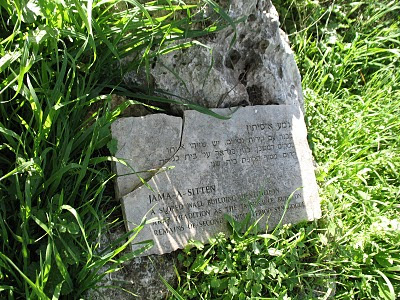 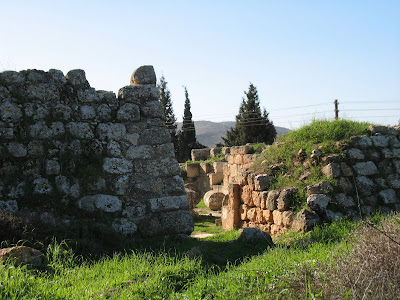 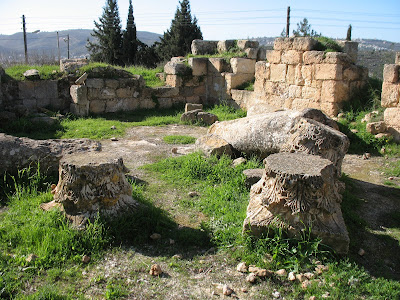 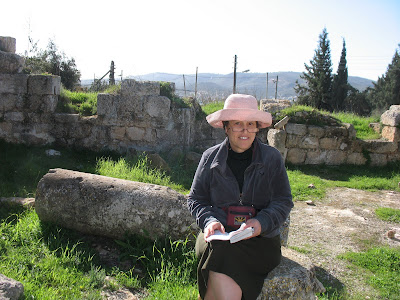 Oh my. That building is called Jama E-Sittin (The Gang of Sixty) or Kubat A-Shekina (Dome of the Shechina [Divine Presence]) in the literature of the past few centuries. The earliest Arab source that mentions it is el-Harawi, who visited the country in 1173 when it was occupied by the Crusaders, who wrote: "Seilun is the village of the mosque es-Sekineh where the stone of the Table is found".

We think the way the northern externbal wall was fashioned as a slope that that was done to recall the Tabernacle which was covered by skins. The floor that used to be seen was almost marble or polished granite and the mihrab (prayer niche) while facing south also faces Jerusalem.

Anyway, For pictures and sketches from the last century, go here.

Thanks for the additional info!

I'm listening to an orchestral version of The Promise of Living from Aaron Copeland's opera The Tender Land and wow, to listen to it viewing these pictures!

I would love for you to take all of your Israel pictures and make a video slideshow for You Tube.

TY for the refuah shleimah:) Things have improved and the diagnosis is better than I thought going into the tests.

Keli, I don't know how to do those video slideshows. as you see there is a youtube up
refuah shleimah

I remember the tour Yair gave us but I thought the mishkan was at Tel Shiloh, Nu?

jdl, this is the southern end of the Tel Shiloh area. Nobody has been able to prove the exact location of the mishkan.

As for the site, try here.