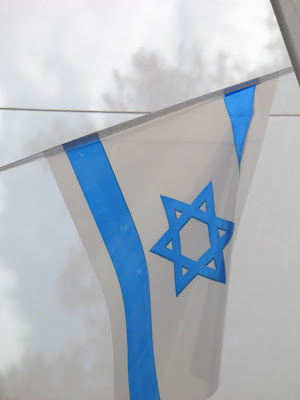 The news is that Moledet is joining MK Dr. Arieh Eldad's Hativah Party. I hope it's true, and even more I hope that they will also join up with Baruch Merzel's Our Land of Israel Party.

That will give me a party, not only to vote for, but work for, if they're interested.
Posted by Batya at December 18, 2008

And then you will watch your united party sit on the sidelines, screaming at the coalition, who couldn't give a damn.

Look Shy, Disengagement was brought to us by Likud, and the Likud also destroyed Yamit and the other Jewish communities in the Sinai. Likud's Meridor is promising to negotiate with Syria, and it's not for tourist visas.

I'd rather a strong active patriotic Right in the opposition than supporting Bibi's left wing policies.