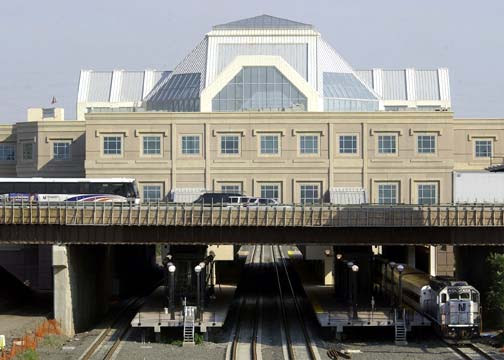 Jeruselmites and those who must visit Jerusalem for various reasons are suffering from the lightrail. Over fifty years after the last New York City trolley car deserted its tracks in Brooklyn, tracks are being laid on the streets of the Holiest City in Judaism, Jerusalem.

I don't know if this is a comfort, but in New Jersey, USA, they built a commuter train station sans parking lot. Ordianry commuters can't use it, since they aren't chaufered to the station. In the 1950's and maybe still in the '60's most families only had one car, so the stay at home wife would drop her husband off at the station , use the car for her errands and then pick up her husband on his return. Nowadays, either there's no spouse, or they drive to the station to travel together on the train or each take their own car to whereever.
Posted by Batya at December 01, 2008