No Anti-Arab Apartheid in Israel/YESHA etc.

The roads I travel between Shiloh and all over Israel have both Arabs and Jews on them. 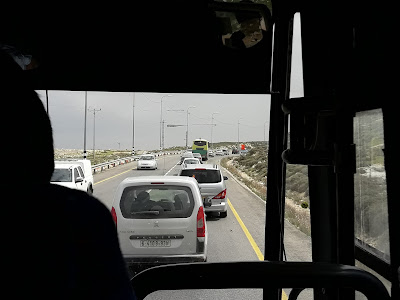 And all of us, Jews and Arabs will enjoy the improvements being made on the road between Shaar Binyamin/Ramalla and Jerusalem. 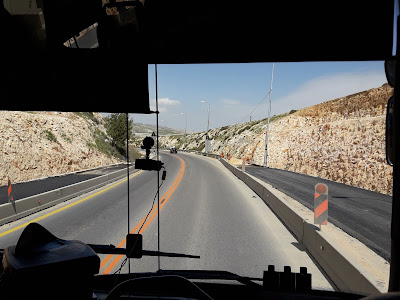 The United Nations purposely distorts the situation to propagate and incite against Israel.

It doesn't matter what Israel does, the international anti-semites, Left, Right and Center will find ways to interpret the facts to make Israel look bad.

Decades ago when Israel began to promote "autonomy" to allow the Arabs in the land Israel liberated in the 1967 Six Days War to rule themselves in administrative and municipal matters, the intention was to reduce "occupation." But of course this has been distorted by world bodies into something anti-Arab.

It morphed into the P.A. Palestinian Authority, which is among the most corrupt regimes in the world. Local Arabs fear to protest, because such an act could be fatal. The P.A. Palestinian Authority gets outrageously large amounts of money from international bodies, while many/most basic services are covered by Israel, Israeli taxpayers no less. Most of their funds go to the pockets of their leaders, and the rest is sent as stipends/"pensions" to Arab terrorists and their families. Yes, the United Nations, European Union and innumerable NGOs financially, politically and ideologically support Arab terrorists. But we all know that only Israel is condemned for immoral, sic, policies and actions.
Posted by Batya at March 16, 2017

The greatest humanitarian move Israel could ever make with the Arabs is to expel PLO/FATAH. Annex the land, give mayoral(tribal head) positions in the 8 major Arab enclaves which answer to Israeli law. All legal, and it will bring an end to this charade.

Wished I had seen this but I have felt this for years now, are we about to get screwed by the Trump/king Bibi show?

If this is the case, God help us all because giving a foothold of the Iranian proxy PLO/FATAH will mean our death.

Racist Arab Islamic propagandists have been using Blacks' grievances as a hatred tool against Jews at least since Oct.17.1961
(Hitler's buddy, Mufti of Palestine, al-Husseini's aide) Ahmad (Shukeiri, Shuqairy) Shukairy's "apartheid" slur invention at his UN rant while objecting Eichmann's trial. He also saluted Tacuara Nazi gang in Nov.30.1962, about 5 months after in June.21.1962 they kidnapped Graciela Sirota, tortured her, carved stawstika on her body and gave her a message , it was revenge for Eichmann's elimination...