Against All Odds, We're Back!

Yesterday, Rosh Chodesh Nissan, while my friend and I were slowly making our way from the Mishkan, Tabernacle area of Shiloh Hakeduma, Tel Shiloh, we couldn't help but admire the wildflowers, some familiar and some not, defiantly decorating the otherwise barren terrain.

There was a time when our walk to and from the Mishkan, Tabernacle area during the months of February- April, Shevat-Nisan was like a magical adventure on an "oriental rug" of brightly colored flowers. 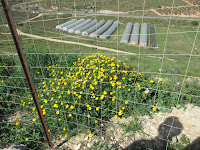 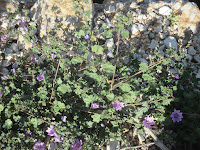 But then the administration of Shiloh Hakeduma decided that clearing the remains of the uncontrollable plants once they had dried and become more like a clans of dangerous octopi and medusas was an expense to be eliminated. So they had poisons spread along the paths and nearby rockery, which aborted the growth and flowering of the otherwise legally protected plants. 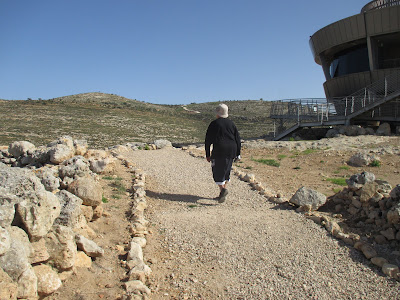 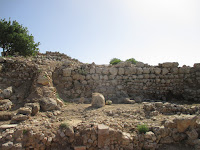 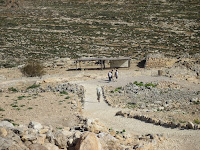 Therefore the last few years it has been terribly hard to recognize the season by flora, since almost nothing grew on that Biblical landscape, the same spot where Hannah had successfully prayed for a son, and Eli the High Priest had heard the runner approach and his horrendous news. Before weed, sic, killers had been spread on the Holy ground, it had been easy to imagine that Joshua, Hannah, Eli, Samuel, Elkana and all the other ancient Jews who had made their way to Shiloh had marveled at the beauty of the antecedents of the very flowers we were enjoying.

As we admired the tenacity and chutzpah of these amazing flowers, I couldn't help but to compare them to the Jewish People who have also defied all of the "rules" of nature, history and warfare.


Wildflowers are the landscaping designs of Gd Almighty. And we, the Jewish People, are His People, too.

Batya Medad, thank you for more lovely photographs of Eretz HaKodesh and its beautiful plant life.

You mentioned that “the Jewish People who have also defied all of the rules of nature, history and warfare”.

Very true, so please allow me to add one more: the Jews have made so many contributions to: mathematics, chemistry, physics, biology, medicine, astronomy, etc., that it would take a lifetime to catalog all of them, and even most Jews are not aware of half the important things were invented by Jews.

For example, beneficial Jewish inventions include: the first polio vaccine, the electric eye, the ballpoint pen, the first retail-store shopping-cart, Superman, and many more.

PS: Please read my guest-posts on this blog about various matters:

Very nice Mr. Cohen, now how about manners, behavior, derech eretz, being yishar. This where our nation lacks.

Since Shiloh asked for derech eretz:

I don't buy your religious twisting. When people cannot even give a person on the sidewalk to pass, its at the 50th level. Your system is a failure. You have had 2200 years and now its time to change.