Celebrating in The Shadow of Amona

One of the big events in the school year here in Israel, at least in the religious schools, is the מסיבת סידור Missibat Siddur, The Siddur Party, when the First Graders get their Siddur, Prayerbook. 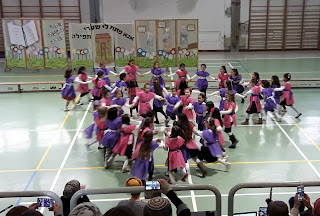 In Ofra, where some of my grandchildren live, it's a big extravaganza. This year the girls school held it in the gymnasium sports center, and it's attended by parents, grandparents, siblings, aunts, uncles and more.

Part of the program is prerecorded. The children are asked to say what they are praying for. This year there were the usual prayers for babies, more friends, success in school and building the Holy Temple. But there was also a prayer that isn't normally heard. Some of the girls asked for a new home, a rebuilt Amona.

Most of the children who had been displaced from their homes, whether Amona or the nine homes in Ofra which the government destroyed, study in the Ofra schools. So when little girls sweetly and innocently said they were praying to Gd for a place to live, there was an unmistakable gasp by the audience, and many had trouble holding back tears.

It's especially difficult when parents are unable to protect their children from such pain and heartbreak. 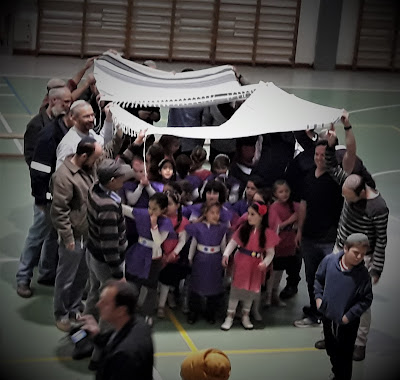 An inspiring blog-post from Batya Medad!

PS: Please read my guest-posts on this blog:

How to Convict the New York Times of Unfair Bias Against Israel:
ttps://shilohmusings.blogspot.com/2016/11/guest-post-how-to-convict-new-york-times.html