Time to Enforce the Death Penalty!

If it was good enough for Eichmann, it certainly should be applicable to   Hussam Kawasme, who has been captured and admitted to planning the abduction, the kidnapping and killing of the three teenage boys.


State prosecutors say Hussam Kawasme confessed not only to giving orders but to collecting weapons, getting funds from Hamas; two chief suspects still at large. 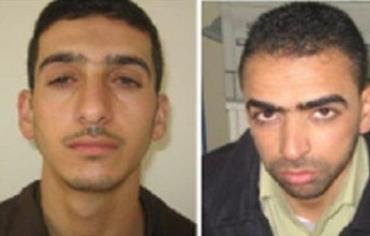 Hussam Kawasme, the mastermind behind the kidnapping of three Israeli teens, was arrested on on July 11th, the state prosecution said on Tuesday.
Kawasma gave the mid-June order to Marwan Kawasme and Amir Abu Eisha to kidnap Eyal Yifrah, Naftali Fraenkel and Gil-Ad Shaer, according to the state.
The revelations arose in the state's legal response to the High Court of Justice justifying its request to demolish the residences of the three suspected terrorists' families.
Hussam confessed not only that he gave the orders, but also that he collected weapons and raised funding for the attack by the Hamas cell, the state said.
In addition, Hussam assisted Marwan in concealing the bodies by burying them on land he had bought in recent months.
Next, Hussam was attempting to flee the area and disappear across the Jordanian border with false documents subsequent to the bodies being found, when he was caught back in mid-July.
The state said that the evidence it had was at the level of near certainty, after interrogating Hussam.
That said, confessions to police can be withdrawn at trial, and to date, Hussam has not been indicted, and may not be for some time still.
Kawasme and Abu Aysha are still at large.
The High Court of Justice on Thursday had frozen three IDF demolition orders against those residences. The knocking down of the family homes were originally scheduled for late Thursday afternoon.
On July 1, the state dropped a self-imposed ban on house demolitions that had been in place since 2005.
Back in June, the Shin Bet revealed the identity of the two suspects involved in the kidnapping of the three youths, after a wide-scale search.
Marwan Kawasme and Amar Abu Aysha are from Hebron and longstanding Hamas members.
The Shin Bet added that both were wanted as soon as security forces learned of the kidnapping.
Eyal Yifrah, 19, and Naftali Fraenkel and Gil-Ad Shaer, both 16, went missing on the night of June 12 while hitchhiking outside a settlement in Gush Etzion, south of Jerusalem.

I usually don't just copy articles, but just reading about it makes it clear to me that the terrorist must be executed, as should the ones who carried it out.
Posted by Batya at August 06, 2014

When I hear about the debate over the death penalty (in the U.S. primarily, but this could also apply to Israel), I know there are arguments about killing a murderer vs. life in prison without parole. There is some merit to life without parole, but somehow it's not right that a murderer should enjoy life (even without freedom) while the murdered will not have the same privilege.

Considering that the vast majority of terrorists can never be rehabilitated and they see nothing wrong with murdering Jews the death penalty is the only logical punishment.