Gaza versus Israel, Short Reprieve Over

I'm calling what we, especially Israel's south had for a couple of days a "Short Reprieve," because ceasefire just doesn't fell right. The aim of the Gazan Hamas Arab terrorists is our destruction, the, G-d forbid, end of the State of Israel.

The Arab aim must be taken seriously. Yes, I repeat:


The Arabs want us, the State of Israel, destroyed.

No, they won't be satisfied with a smaller Israel, the pre-June 1967 one. They want Haifa, Jaffa and Beersheva more than they want Gush Etzion, Shiloh and the Golan. Nu, there is nothing to negotiate about.  Read their lips and the signs. There is no room for Israel in their plans. 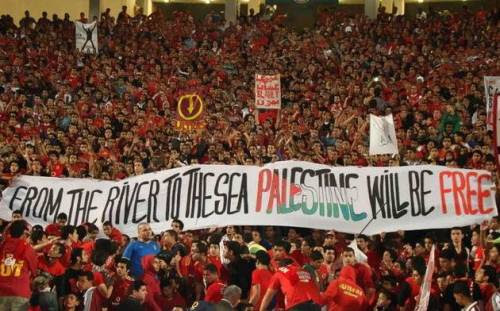 I totally disagree with United States President Barack Hussein Obama who claims that Israel is strong enough to withstand whatever our enemies may launch at us or do to us. All of the ideas, suggestions, "starting points" I hear from Obama, Europeans and also the Israeli Leftists do endanger the security and the very existance of the State of Israel.

Israelis in the south and close to the center of the country are under attack again. They barely had time run out for a quick shopping to replenish their empty stock of food, when the Gazans resumed the rocket attacks against them. My friend Miriam wrote the following to Prime Minister Binyamin Netanyahu on his facebook page:


All through this war I have stood behind your actions even though I didn't always agree. I believe that the country's leaders and citizens must be united. Mr. Prime Minister, you sing a nice song and tell a good story but how about putting your words into action. Since 8:00a.m. the South has received over 40 rockets from Gaza. Where is the harsh reprisal you promised if even one mortar was sent? It is time to finish off Hamas by air. Tell Kerry, Obama, Ban the EU and everyone else who is tying your hands, to bug off. Your first responsibility is to protect your citizens. This you are not doing. Shabbat Shalom! May Hashem give you the strength to take action.

Israelis who had the opportunity to leave home for what they had hoped would be a quick "operation" didn't even get back home before the Arab terror bombardment resumed. And yes, this is no gentle "rain" of rockets. We're talking about the "blitz!"


That's the aim of the Hamas Gazan Arab terrorists. Total destruction of the State of Israel.

And to give you an idea of what is going on in many areas of Israel:

Shavua Tov Yoter
May this be a Better Week, G-d willing
Posted by Batya at August 09, 2014

I read the Obama article you linked. If Bibi is strong in the polls with respect to finishing the Gaza war properly and not making any concessions, what Obama is saying is that he doesn't respect Israeli democracy. It is irrelevant to him what Israelis want, only what he wants from us.

a, you got it right:
"Obama is saying is that he doesn't respect Israeli democracy"
exactly. The truth is that he is anti-democratic, rather like a dictator.

Batya,
The world will not be happy until Israel disappears of the face of the earth.

Miriam, exactly. I consider myself a pragmatist.