Do All Arabs Support Hamas?

As you who read my blogs probably know, I work with Arabs. I don't exist in an all Jewish ghetto or vacuum. Being part of a multicultural/national/religious environment was one of the unexpected "bonuses" or phenomena I discovered working as an ordinary salesperson in Yafiz, Sha'ar Binyamin. I'm pretty sure my boss didn't mention it when she offered me the job. 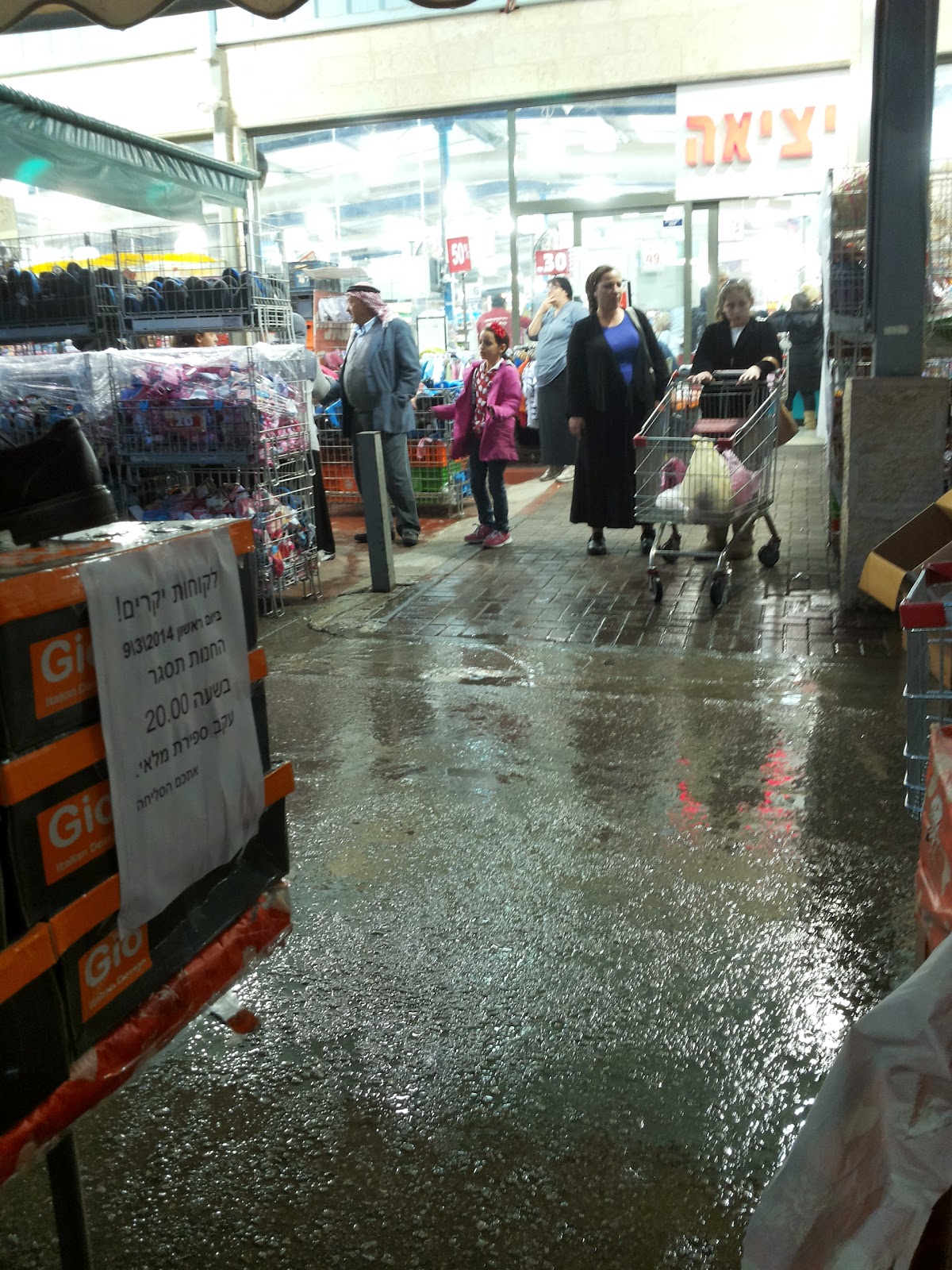 Few people outside of Israel have an idea of how much daily mundane interaction there is between Jews and Arabs in Israel. It's not just a matter of those who hire Arab builders, cleaners and other blue-colored workers. The hospitals are full of Arab Israeli-trained medical staff, and all sorts of stores and restaurants hire Arabs. Besides that, you'll find Arab customers and bus drivers, pharmacists etc. Arabs with Israeli citizenship can enter any part of the country, even more easily than Jews can. That's because anyone who seems Jewish  isn't allowed on "Arab roads" or in "Arab buses," even in Jerusalem.

There are a few interesting things many people have noticed since this recent war between Israel and Hamas began. One is that most Arab countries are trying to keep out. Egypt, which occupied the Gaza Strip (as it was once called) until the Six Days War is promoting itself as a mediator between Israel and Hamas. Jordan which had occupied Judea, Samaria and the Jordan Valley from 1948-1967 has been keeping a very low profile. It has too much to lose if Hamas gets stronger. Jordan is actually the second item on Hamas's menu after Israel. So the Jordanians are hoping that Israel will keep Hamas under control.


As Israel seeks to sideline Hamas in any accord on the Gaza Strip’s future, it’s finding quiet support among Arab nations where antagonism toward the Islamist group eclipses their enmity toward the Jewish state.
Egypt, which mediated a second 72-hour halt to Gaza fighting yesterday, is now ruled by an army chief who presided over a crackdown on Hamas’s Islamist patrons. Saudi Arabia’s king didn't explicitly criticize Israel in a recent lament over civilian deaths in Gaza. The United Arab Emirates, which pledged aid to help rebuild the coastal strip, is also hostile to political Islam.  (Bloomberg News)

At work the extreme reduction in the amount of Arab shoppers is very obvious. I've been working at Yafiz, part of the Rami Levy company for close to four years, and we always had masses of Arabs shopping for holiday clothes during the latter part of Ramadan. It had always made up a very impressive percentage of our sales volume. This year it didn't happen. Hardly a single Arab customer entered the store, certainly none of the usual "shopping tours" we were used to seeing. They didn't patronize Rami Levy Discount Supermarket either.

On the other hand, Arab staff members barely missed a shift. They didn't want to lose their jobs. Minimum wage jobs with Israeli work conditions are considered as relatively "good jobs" for Arabs whether living in Jerusalem with Israeli papers or in the nearby Arab villages. When asked where the Arab customers were, they said that the village leaders had warned them all that the Jews were preparing to murder them, revenge, "tag mechir," "price tag" attacks. The fact that the Arab employees in Rami Levy and Yafiz return home from their shifts in good health doesn't seem to convince them that they are being manipulated, lied to.

It seems like just as the Americans and the so-called "free world" would like Israel to take care of Iran and destroy its nuclear weapons industry, the Arab world would be perfectly happy if Israel would take care of Hamas and destroy its terror base. That makes me wonder which country really is considered the greatest power on earth...
Posted by Batya at August 11, 2014

and other blue-colored workers.
SMURFS???

>> Jordan is actually the second item on Hamas's menu after Israel.

It's also on the Caliph Ibrahim's menu.

That's why President Obama called King Abdullah II on the phone (and made a point of being photographed doing so) after he decided on his limited intevention against ISIS/ISIL/Daesh or whatever you want to call it.

King Abdullah II has the best claim to the caliphate of anyone, so he's a real concern to the new caliph. Abdullah's great-great-grandfather used to be Sherif of Mecca till what was to become Saudi Arabia invaded and annexed his country in 1925. (A tiny piece was annexed by Jordan. Hedjaz was actually a founding member of the League of Nations.)

If ISIS/ISIL/Daesh/IS invades Jordan and is not quickly beaten back, that could be another war for Israel. Netanyahu has to keep this in mind, plus the rockets in Syria and Lebanon.

Smurfs..
Sammy thanks for the valuable info.