Tell It to Jackie Mason: Hamas is No Laughing Matter for Some Liberal Jewish Comediennes 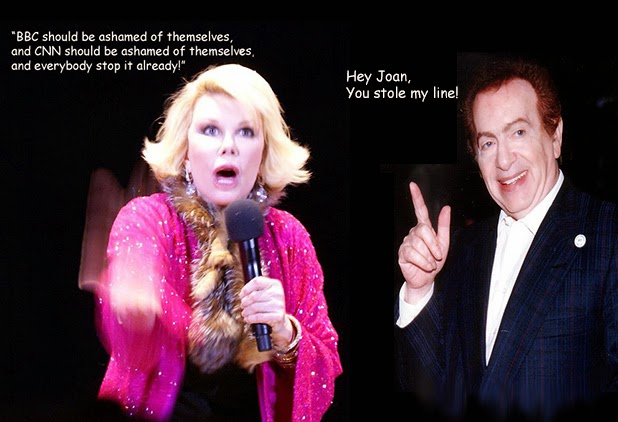 Iconic Jewish comedian Jackie Mason wears his no-holds-barred politically conservative opinions on his sleeve. Last week he penned an opinion piece in the  Jerusalem Post which, true to Mason's style, praised Republican evangelicals for their pro-Israel stand, while trashing what he termed the insanity of liberal Jews.

But there is something significant in the air that has not been detected by conservative Jewish leaders. It seems that the relentless rocket attacks and abominable acts by Hamas have set off a surprising firestorm of protest and activity on behalf of Israel by a number of notable liberal Jews - from Hollywood no less. And a number of those personalities are at the zenith of their careers and have gone out on a limb in voicing support for the Jewish State at this particular time.

What started off as a very public pro-Israel rant by iconic comedienne Joan Rivers, at the onset of Operation Protective Edge, has grown into a full-fledged movement coined "the Creative Community for Peace". And it's no joke, as headlines are proclaiming, "More Than 190 Hollywood Notables Sign Pro-Israel Statement Criticizing Hamas".

It will be a missed opportunity if diehard Jewish conservatives do not take note of a possible awakening, and take time out from the tea party and their twisted affair with evangelicals in order to embrace a moment of commonality with their own people.

JewishIsrael takes a look at what seems to be a growing pro-Israel movement among liberals, and some of the names involved will shock you....more
Posted by Ellen at August 27, 2014

Ellen, thanks so much for posting!!

The next war is going to be like '73, with possible cooperation and coordination between Hamas, Hezbollah and even ISIS in Syria (even as the latter are fighting Assad).