We all know that Hamas has one aim only and that is the destruction of Israel!! Why should I or anybody with half a brain think we can make life in Israel safer by negotiating with psychopaths?!!?

Maybe I'm just stupid, but I just don't get the point in negotiating with those who are so clear and honest about wanting us all dead and gone. Another of my dumb questions is:

What is Israel supposed to get out of these negotiations?

According to the details about the truce conditions Israel has reportedly agreed to in order to stop the terror war launched by Hamas, Israel would pay the salaries of Hamas officials through a third-party country, and the siege on the terrorist enclave of Gaza would be lightened, reports Yedioth Aharonoth.
The fishing zone for Gaza would be expanded by six nautical miles, and building materials would be sent in under supervision, despite the fact that cement transported to Gaza helped Hamas build a massive network of terror tunnels used in the operation to kill IDF soldiers.
Israel is also reportedly close to agreeing to double the amount of trucks bringing materials to Gaza through the Kerem Shalom Crossing to 600 per day, as well as increasing the monthly amount of entry permits to Israel from the Erez Crossing, and expanding criterion for Gaza residents to enter Israel, Judea and Samaria.
As for what Israel gets in return for the numerous concessions, reports have yet to specify what exactly is being offered. One thing they do suggest is that the truce deal does not include a demilitarization of Gaza, despite calls to do so. (Arutz 7)

It's not peace. All the Gazan Hamas terrorists want is international approval and assistance to annihilate us.

A Fajr-5 missile on display in Beirut. Photo: YouTube / Screenshot.
Palestinian Authority Envoy to Tehran Salah al-Zawawi told supporters of Gaza on Tuesday that “Israel’s annihilation has begun and the new generation in Iran will certainly witness our victory over Israel,”according to Iranian semi-official state news agency Fars.” (algemeiner)


What's the point of negotiating with them, whether directly or indirectly?

Maybe I'm crazy, but I think that the State of Israel is making a very humongous, possibly fatal, mistake.

Instead of playing "business as usual" or "let's make a deal," we should be preparing to destroy our enemies! 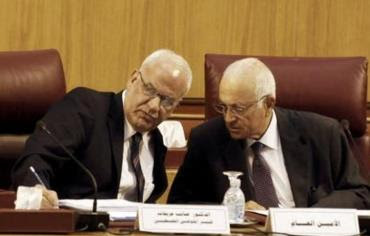 no you are not crazy, read my post, you may think I am :)

We agree. Keep spreading the word and sharing my posts.

Shalom!
It's the calm before the storm. There is absolutely NO reason to be satisfied with the situation. We should enjoy the quiet while it lasts but be prepared for it to end without warning.

WE should be calling the shots, but only AFTER we've pounded Hamas into submission. You don't negotiate anything at a cease-fire. If both sides want to cease-fire, fine, but that's it.
A conclusion of a war is when the losing side surrenders & makes peace with the victors. Hamas must come out of this destroyed. Aza cleared of its Arabs (most want to leave anyway). And then, rebuilding Gush Katif & resettling it with its original People! Free Aza now!!!

Hadassa, makes sense.
Yitz, did we really destroy anything they consider valuable?
We should act like victors and have them come begging.

I just home. If you are crazy I'm a raving lunatic. By agreeing to sit across the table from terrorists and let us speak truth here THEY ARE TERRORISTS, KILLERS,EVIL we give them legitimacy. This also makes us appear weak as well as stupid and Hamas has gotten what they wanted. Neville Chamberlain thought he could have a rationale conversation with Hitler. Look what that bought us. We will not gain peace from this foolishness, only something worse down the road.

Also something I have been thinking about all day. As a people, as a nation we were created to NOT be like other nations. We were to be separate. To keep separate, keep the Torah and be a light unto the nations. Every time we try to be like "other nations" that is when we get into trouble. After the period of the Judges the people clamored for a king and we got Saul and because of Saul we are still fighting the Amalekites. We have to be a nation of Davids "people after G-d's own heart."

I agree with you.