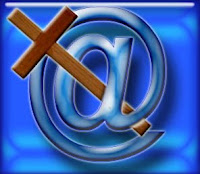 Online predators, pornography, identity theft…and Jesus?
It’s 10pm. Do you know where your children are?
That was a popular public service announcement for parents seen on American television throughout the 1970s and 80s. Today, even if the kids are at home, they are most likely sitting behind closed doors whilst surfing and networking in cyberspace.

We know they run the risk of exposure to cyberporn, cyberbullying, spyware and viruses; but online Christian evangelists have – via social networking - given new meaning to the terms “online predators” and “identity theft".

Jews for Judaism's Ruth Guggenheim says, “There is no difference between a sexual predator on the Internet and a spiritual predator."

Jewish Israel takes a look at the cutting-edge of cyber-evangelism...more 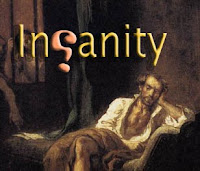 of intelligent madmen…
Some members of the Christian messianic community and press are frustrated by the delay in the trial of Yaacov Teitel. Teitel is reportedly in a psychotic state and may not be fit to stand trial.

Pastor David Ortiz believes Teitel is lying about his mental condition. He says, "Teitel is a very intelligent guy who carried out his crimes intelligently" and asks, "Does an intelligent man suddenly become insane for the trial?"

Jewish Israel understands the distress of the families of both victims and survivors, and their demand that justice be served. BUT the messianic and evangelical community in Israel is surely no stranger to criminal cases involving "intelligent" Christians which required thorough psychiatric assessments. Jewish Israel explores the history...more
Posted by Ellen at May 13, 2010

The tactics of sexual predators combined with the mindset of a cyber bully.


I feel foolish admitting this but I was duped--temporarily--online. I got a friend request on my religious You Tube channel. It was from Radio Shofar. I thought for sure it had to be a real group.

A couple of days after I approved the friend request, I clicked on the link and lo and behold it was a messianic organization.

I've since learned to click on a potential friend's icon before adding them.

Now I have Radio Shofar attached to my You Tube channel and don't know how to delete it:(


The Ortiz case has troubled me from day one. I just can't see an Orthodox Jew bombing a little kid on Purim. I just don't see it.

I still believe it was an Arab Muslim who had threatened David Ortiz for trying to convert them.


Egging Jews into confrontations with Arabs...sick. These groups should be banned from the country altogether. There's tension enough between Jews and Arabs. The last thing Israel needs is outsiders stirring things up.

The online social-networking thing is a real problem. Even if Israel were to ban street proselytizing and adopt stringent counter-missionary legislation, it would be difficult to regulate the Internet - and that's where the kids are. Parents and educators have their jobs cut out for them.

"Egging Jews into confrontations with Arabs...sick."
Jewish Israel just posted a video of an Israeli missionary egging-on Orthodox Jews to hit him.

Ellen: Do you have a link to that video?

As for the cyber missionary stalking I think it would be good for Jewish day schools to have courses warning kids about them.


But yeah, it's a mindfield in cyberspace.

In a debating club, both sides are allotted the same amount of time and must abide by the same rules.

Imagine what would happen if Jews invested in the same amount of time, money, methods and tactics but employing them against the hollow shell which is christianity.

They're making ripples. We would cause a tsunami.

Keli Ata,
The video excerpts of the "hit me" missionary is posted at Jewish Israel at http://jewishisrael.ning.com/video/the-hit-me-street-missionary
the entire video can be seen on YouTube

Thank you very much Ellen!


Shy: I couldn't agree more! It's amazing coming from Christianity to Judaism--I watch Christian TV sometimes and it looks like spiritual sloppy joes compared to the gourmet of Judaism.

Jews could blow them out of the water in terms of truth, depth, you name it.


Thankfully, largely due to the Internet, more and more people are being exposed to Judaism. Gentiles are becoming Noachides, and Jews are becoming more religious and proud.

The Internet does have its benefits.