Why Listen To All These Foreigners? 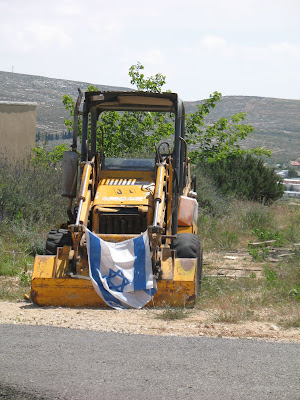 I'm sick and tired of hearing foreign politicians giving us orders about how we should allow what they euphemistically call the "two state solution."

Even if you trusted Obama's judgement, this should make you think:

Monologue Aired Tuesday night on “The Late Late Show With Craig Ferguson” on CBS:
"President Obama may choose a Supreme Court nominee by the end of the week. That’s fast. Nothing against the President, but doesn’t it worry you that it took him 10 times longer to decide on a dog?"

You know perfectly well that the world considers us aggressors when we defend ourselves. United Nations Rebukes Israel for Gaza Attacks. So why should we listen to them?

Now, do you really believe that the Arab terrorists in Gaza actually aimed at an "empty field?" Of course, they didn't! Their aim/intention is to murder and destroy us. Get real. Be pragmatic. Just because, G-d protects us an awful lot of the time, it doesn't mean that we're not in serious danger.

The good new is that contrary to American demands, there's lots of building going on here in Shiloh, as you can see from the pictures. 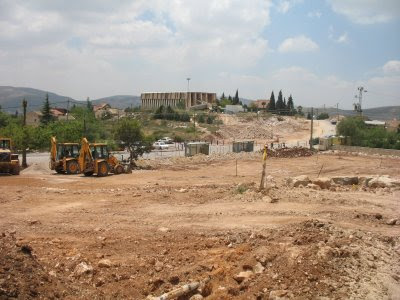 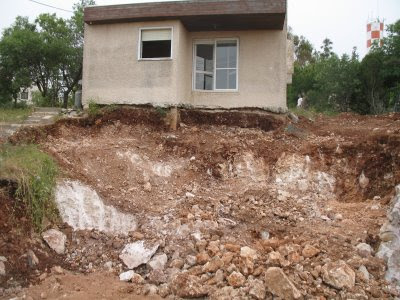 The lesson we must learn from the Holocaust is that nobody cares about Jewish survival but us! And even the Jewish Establishment gets confused at times, because it tries too hard to please the goyim, the other nations.

So I don't care at all what they say and what they threaten to do. Just like G-d changes the aim/target of the Arab terror missiles, so they land in empty fields, if we do what we must do, G-d will see that we're successful and survive. And all those other nations, like the ones who are mentioned in our very long history, will disappear.

The lesson we must learn from the Holocaust is that nobody cares about Jewish survival but us!

wrong! us is too many. Only a small amount of Jews in the free world cared about the Jews during the Holocaust.
Jewish liberals abondoned Eastern Europe just like they'll abandon you.

Thanks, a, I accept the correction.

Yes, something about only a minority of Jews coming back to rebuild Jerusalem after the first temple was destroyed.