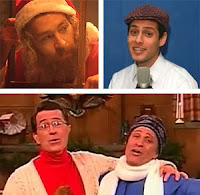 Despite the tragedy of last week's fire, this is the time of year when those of us who made aliyah are especially grateful to be living in the land of Israel. We get to escape the trappings of America's holiday season and the feeling that somehow Hanukah and Christmas have been unwillingly pitted against each other in a grossly unfair competition.

Even more upsetting is when the holiday rites and customs of the Judaic and Christian faiths are mixed and assimilated to the point of Hellenistic absurdity. Jewish Israel takes a look at the good, the bad and the funny of America's Hanukah music scene...more 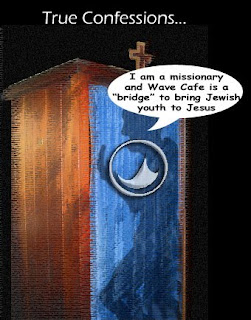 After Jewish Israel published our report, we received a kindly worded “cover-up” email letter from Frieden proclaiming his hands are clean, as far as Israel’s anti-missionary laws are concerned.

Read his letter and our response...more

Rabbinic, political and community leaders in Israel have been requesting Jewish Israel reports in Hebrew.

We are currently translating our content and some of the reports are now available at this preliminary Hebrew site.

A more comprehensive site is under development and will be launched in the near future...

Ellen, thanks for posting this.

Thank you, Batya.
Did you ever hear back from Matisyahu after you left a message on his Facebook page?

I didn't anything, but there are lots of mixed reviews of the video. It would be better sans visuals.

closer to 3,000,000 now.
I spoke with one very assimlated family in the States who told me that their four young children ages 3 -6 have been obsessively singing and dancing to the song non-stop for a week.

Ellen, "very assimlated family in the States who told me that their four young children ages 3 -6"
That's rare! B"H, a lot of kids

twins will do that, Baruch Hashem.