Reflecting on The First Night of Chanukah 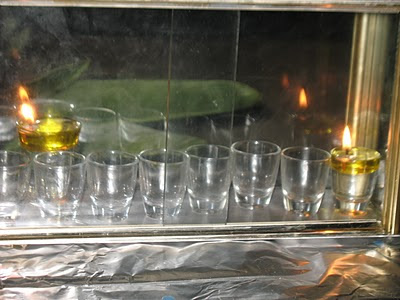 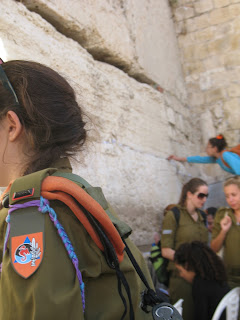 By the time I got home the sky was dark, and the first Chanukah light was lit at the neighbors.  I quickly got things ready at home.

This afternoon I was unexpectedly at the Kotel f2f with Chaviva and Evan.  The Kotel area was pretty empty.  Mid afternoon is frequently like that.  I don't go there all that often.  I feel more kedusha at Tel Shiloh just wandering around.  The Kotel just just an outer wall of the Temple Compound.  Even when I made more of an effort to doven there, I could never relate to leaving notes. 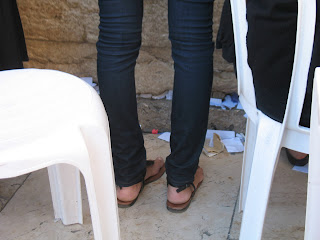 I understand that makes me a rather minority, but I honestly find it incomprehensible.  Part of it may be that I wasn't raised in a spiritual home.  My parents have always been proudly Jewish in a national sense, but we didn't have many Jewish traditions in the house. 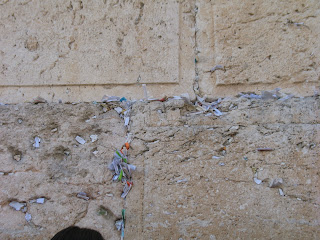 So I look at these pieces of paper falling out of cracks, being inserted in cracks etc and I wonder what it's all about. 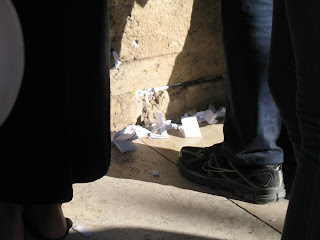 I've heard that there are workers who sweep them up and put them in special storage.

Davka, it seems especially strange  that I was at the Kotel just hours before Chanuka began.  Some of the historic Chanukah battles were in the Shiloh area.  When I was the girls gym teacher in the local elementary school I was once asked to accompany the Second Grade on a school trip.  I had no idea where I was going when I agreed.  We went to a nearby mountain between Shiloh, Eli and Maale Levona.  The boys and girls were divided.  The boys stayed towards the bottom and the girls were brought to the top. They were given fake swords and were told to meet in the middle for battle.  I'm not good at walking down mountains.  I took the help offered by the escorting soldiers or I'd probably still be there to this day.  I'm not a climber.
Chanukah has many aspects, like Judaism.  Judaism isn't just a religion.  It's a people, a culture, a Land and a religon.  As I said, the Maccabees fought real physical battles for the Land.  The Greek King Antiochus not only sent soldiers, but he made laws forbidding Jewish life, customs and religion.
When the Temple Mount was returned to Jewish hands in ancient times, the Priests searched for pure oil to resume worship.  Miraculously, some was found and lit, even though it didn't seem to be a  sufficient quantity to last until more could be produced.  That's right, the Priests weren't practical, weren't logical.  That's a miracle, too.  They first thought of resuming prayers in what remained of the Temple, the Beit HaMikdash. They didn't make do with an outer wall, nor did they allow another religion to have power over our holiest site.  Like Nachson who stepped into the sea and caused G-d to open it for the entire People, our Chanukah heroes just lit the oil and trusted that G-d would make it all work out.  And that's what happened.
The Kotel is just a wall.  We need to resume worship on Har HaBayit and make our own miracle happen.  G-d won't just plunk down a third Temple.  We must go and build it.  We owe it to our children and their children forever and ever. 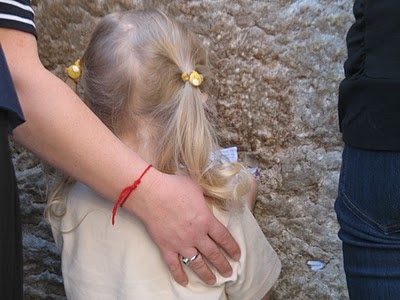 Chag Urim Sameach!
May You Have a Joyful Holiday of Light!
Posted by Batya at December 01, 2010

BTW, is that your menorah? I love it. What kind of oil are you using? What are the wicks made of?

Keli, it's my neighbor's. I saw it as I got home and just had to photograph it. I light with good quality olive oil. The wick I use is a simple string coated with wax which I bought a couple of years ago. I may have to buy more this year.

Here's a link to my blog post, which includes the video.


No babes or santas, though though in the end we're all in yershalayim after centuries of persecution.