It Should Be Required Viewing!

Last night, I had a totally unforgettable time in Gush Etzion.  I saw the latest play by Raise Your Spirits Theatre, Judge! Song of Devora!

It's probably not fair that I'm saying that it's "required viewing" since it's a women only production, by and for women only.  But then again, men may find the message rather disturbing or even emasculating.  The musical is strongly based on the Biblical story of Devora, who was a judge and leader of the Jewish People during the time between Joshua and Samuel.  It was some time during the 369 years that the Mishkan, Tabernacle was in Shiloh.  Devora wasn't based in Shiloh, but near what is today Ateret, southwest of Shiloh, about half-way to today's Ben Gurion International Airport.

Like today, there was a crisis vacuum in leadership, so a woman, Devora, had to step in.  She was also the one who pushed/encouraged Barak to fight our enemies.  And again when Barak and his soldiers didn't execute the archenemy, Sisera, it was another woman, Yael who had to step in a do it.  As I wrote a few lines earlier, men may not like this story too much.  But I consider it crucially important to learn and internalize it.

Women who take over must do it as women and not faux men.  Once a woman puts on a masculine "power suit" she is no better than a man.  That was the interesting little thing in the play about Biblical Yael.  She was a "good girl," feminine, who just tried to do the right thing.  And when the right thing was to kill the enemy, she did it.

Here are a few photos I took during the play. 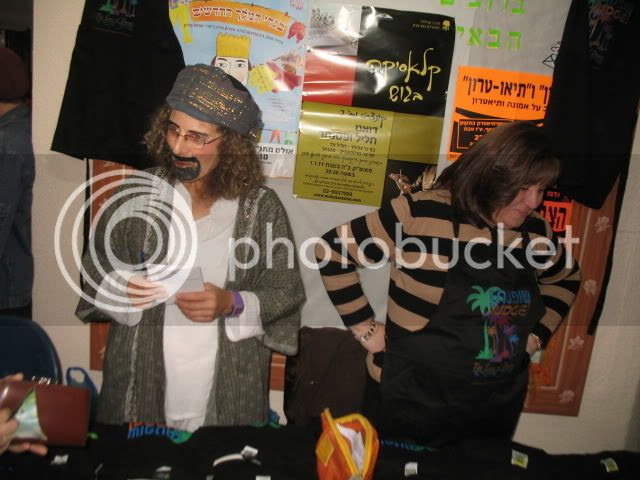 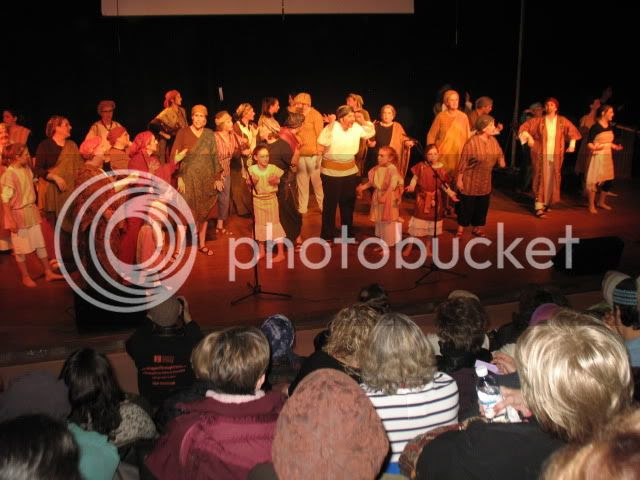 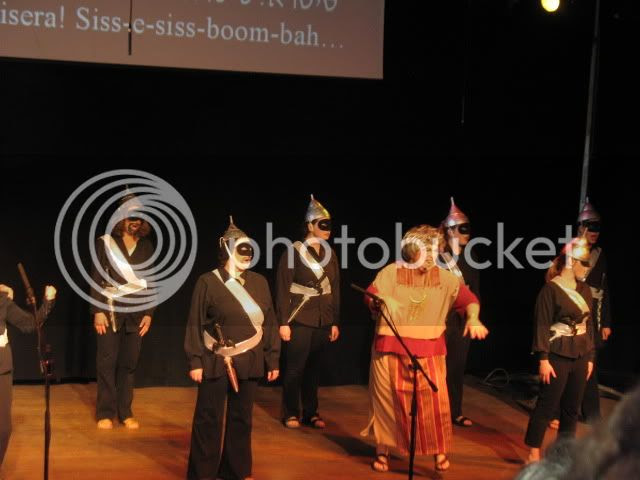 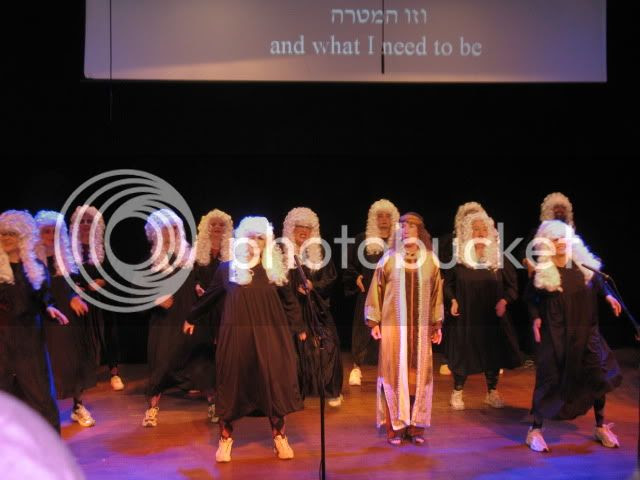 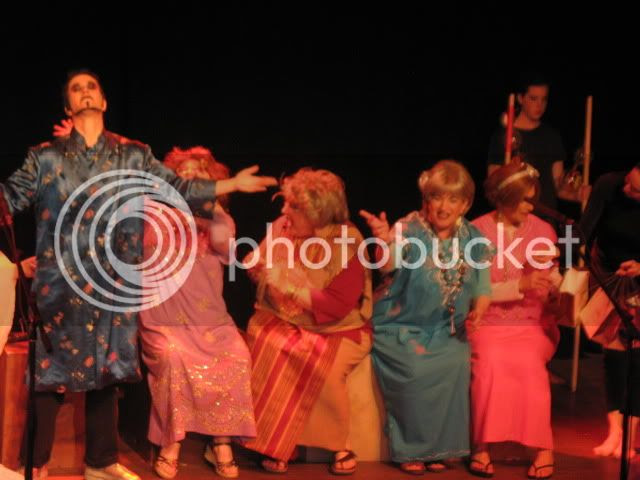 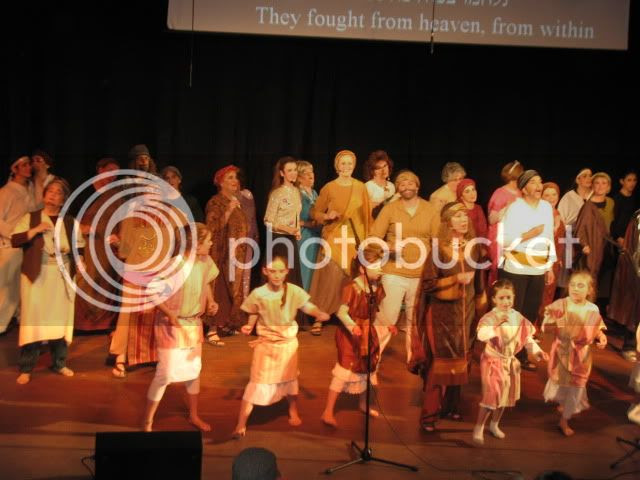 What was the scene with the wigged judge's about?

Judging, if I remember correctly. Maybe you ought to send a spy or two.

Shalom!
We should remember a few things about Devora and Ya'el, other than their brave actions that saved many Jews. Neither one of them were soldiers. Devora served as judge only because of her G-d given power of prophecy. Barak was punished because he insisted that a woman, Devora, accompany him into battle. Devora warned him, but he insisted. Men... His punishment was that the battle would be won thanks to a woman, Ya'el, although she wasn't a soldier. (It does seems to me that she was braver than most soldiers are.) I'm writing this only because of the many times that I've seen the actions of Devora and Ya'el used as reasons for drafting women into the IDF. What we should all learn from this part of Tanach is that women have powerful roles OTHER than being soldiers.
P.S. OK, so my youngest daughter is named Devora too.

Shy, do you shave? You may not like the plot. Maybe the yeshivot don't teach much NaCh because of all the heoric, strong women.

Hadassa, good points. and my eldest is a Chana Dvora.

Batya, my legs will definitely give me away! Of course, I could drip a havdala candle all over them and...

And why blame me for the general ignorance of Tanach, endowed to yeshiva students worldwide?

Shy, blame you? G-d forbid. You are one of the enlightened. You read Shioh Musings, making you one of the elite. A long skirt covers many... but the beard?

Great photos.
I've heard the "Raise Your Spirits"
productions are amazing, and I'm embarrassed to say that I haven't seen one yet - which is a shame because I know the director and producer well.I'm committed to catching this one.

Thanks
Ellen, you'd love it. How could you have missed it all these years?

No good excuse, really. Since moving up to the Golan, I've become a reclusive writer and researcher -very different from the social scene I knew in Jerusalem.

But it has it's benefits. I get a lot of work done!

We all need a break some times...