I may be dumb, because I don't understand why so many countries, commentators, politicians, media etc take it for granted that Israel is supposed to bomb Iran to stop Iran's nuclear development.  Am I the only one confused about the issue? 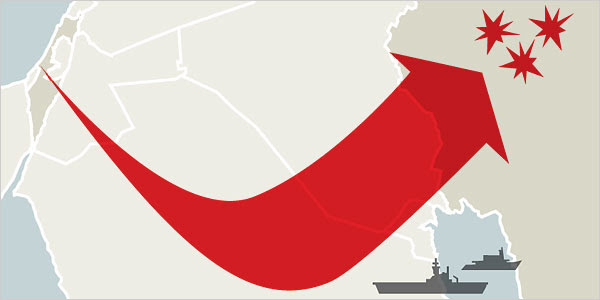 Israel is a small country, extremely restricted in military commercial development and purchases.  That's mostly because of its totally sick, illogical relationship with the United States.  The United States subsidizes its military industries by allocating foreign "military aid," which is no more than shopping coupons to buy American products.  I don't know how this has affected other countries, but Israel's military industries are crippled by the relationship.  We can't even sell our products to other countries without American approval, because they have American components.

So, if the United States is all that strong and mighty, let them bomb Iran.

This reminds me of when a class bully gets his "favorite" victim to something to  the teacher and gets into trouble, while the bully stands "innocently" on the sidelines.
Posted by Batya at August 18, 2010

are you really prepared to just "leave it to america"? would you really be happy if all israelis thought as you do? is this because you don't see iran as a threat to us, more than to other countries? just curious.

really, i have no idea what you're talking about. israel and iran have been trading threats, both veiled and unveiled, for years. america has been threatening iran with an israeli strike, with no objection from israel ("please be reasonable! we can't control our crazy jewish allies ALL the time!"), for years. are you actually unaware of this game?

and as far as "poor little israel, with it's limited military capacity", please don't insult our intelligence. we've done it twice before, and both iraq and syria elected to pretend nothing happened.

When the going gets tough, the tough get going.

And if you want something done right, do it yourself!

We should have done this years ago.

It can't work with all the build-up. The trick is surprise. We're being set up. That's the American way. Let the Jews do the dirty work.

Precisely why I said we should have done this ourselves years ago.

If we're being "set up", we've done much of it ourselves.

"Israel should have neutralized the Iranian threat a long time ago, with or without the F35. It did not do so, and probably will not do so until the nuclear reactor is activated in a few days – not because of lack of operational capabilities but due to lack of moral/societal/political resilience."

why israel? because it the only country that actually think (or want us to think) Iran is a threat. But there won't be any attack, don't worry.

shy, "should have" means the rules have changed since. The world needs a new game plan.

-First of all, Iran will respond if Israel attacks its first nuclear power plant. Does israel really want that? Tel Aviv is any easy targert for Iranian missiles.

-Secondly, the U.S. has no interests (and ability) to be pulled into yet another stupid and unecessary war. They know Iran is not a threat. What's more: such a strike, among many bad outcomes, would likely cause the price of oil to spike to cataclysmic highs, launching the world economy into a period of turbulence. Nobody wants that.

-Thirdly, why there's no discussion about the morality involved in the proposed preemptive attacks? Attacking a nuclear plant would risk the release of a radioactive plume that might kill civilians and poison surrounding areas. Not to mention all kinds of destruction... all because of what Iran might do - some time, some how? How does that sound?

-Furthermore, I read that though many Israelis take seriously this prospect of Iran trying to annihilate them, Israel’s policy elites by and large don’t. They realize that Iranian leaders aren’t suicidal and so wouldn’t launch a nuclear strike against a country with at least 100 nukes. Be aware of that.

-Finally, not sure if you know that, but you're pushing a pro-war agenda via your blog. Why?