Yesterday was my Cousin Mickey's yartzeit, the anniversary of his death.  He was my oldest cousin.  He suffered from CP (Cerebral Palsy) though he'd most probably protest my use of the word "suffer." 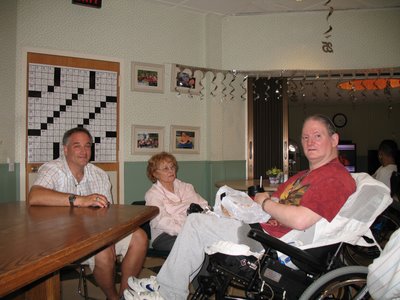 Mickey enjoyed life, his life.  He always told me that he had no complaints and thanked G-d every morning when we woke up.  It's just that one morning he didn't wake up. 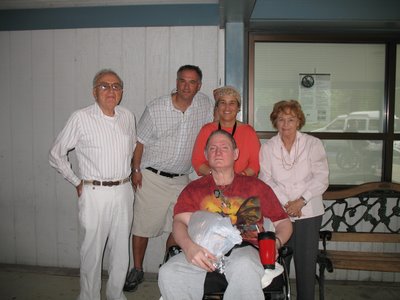 Mickey lived in a home for handicapped adults in New Jersey.  From what the staff always told me and from the interactions I observed, it's clear that Mickey was the most popular resident they had ever had.

Mickey was truly rich, at least according to the criteria in Pirkei Avot, Ethics of the Fathers.


"Who is rich?"
"One who is satisfied with his portion."

Thank G-d I had a cousin Mickey, who was so generous with his wealth.
Posted by Batya at August 09, 2010