It Takes Two To Tango

Obviously the Arabs don't want peace with Israel, or they wouldn't be threatening to stop/leave/not agree to "peace talks."  If they really wanted peace there would be peace and there wouldn't need to be all this pushing and pulling to get them to the negotiating table. 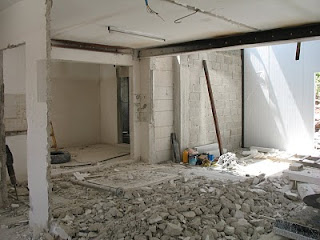 If the Arabs really wanted to live in peace with us, we'd be encouraged to stay in our homes and expand them. 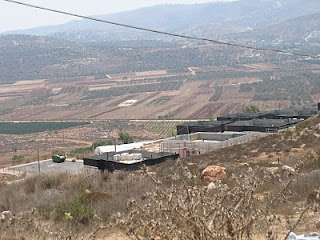 If the Arabs really wanted to live in peace with us, we'd be encouraged to build news homes, neighborhoods and communities. 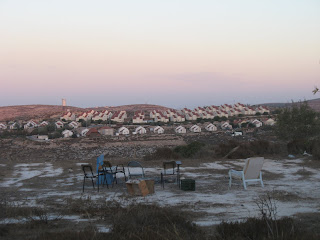 If the Arabs really wanted to live in peace with us, we'd be invited to live side-by-side with them.


Obviously, the Arabs don't want peace, they just want us dead and gone, so there's nothing to negotiate!

The 2001 Jerusalem Versailles wedding hall disaster is more accurate but, out of respect for the dead, I did not link to it.

Shy, good point, this obsession for peace at any price is bound to be deadly.

So your ultimate goal is to live peacefully in an independent arab state? Did I get that right?

india has a 12% muslim minority. Pakistan is Hindurein.
Israel has a 20% arab minority, why should yesha be judenrein?
why do xtians , Jews, buddists, Sikhs, and Hindus have to flee their homes when muslims take over?

frog, don't be silly, I'm no Lefist
a, good question

but then: why do you move to territories outside of Israel, if you came from america in order to live in Israel in the first place?

...in your video, you said that you moved to Shilo because you "love the place".

Now this is something I could understand: you want to stay in this place, independently of whose territory it is. So as soon as the palestinian state is created (as was forseen in the UN Resolution 181 of 19. november 1947), you would stay there and live peacefully with your neighbours.

Is that your dream?

Is this the reason why you resent arabs not accepting you as a neighbour?

frog, sorry, you really don't get it. It's not about a modern state, it's the Land of Israel, Jewish History, Bible etc, predates all other nations and histories.

Well, so then I got you right:

You want to live were you are, because of the history of the place, irrespective of modern state borders.

If it happens to be in an arab state, you will happily live in the arab state, as a jewish minority.

Did I get it right now?

ahh, frog, not so simple. That would have sufficed fifty or a hundred years ago.
a- The State of Israel liberated Judea and Samaria in 1967, and there's no legal or logical reason to give it to terrorists.
b- Neither the Arabs nor the world would permit us to live in peace here. They want our Holyland judenrein.

Well: I understood that the hole partition plan of 1947 was a means of ensuring some territory with a jewish majority, because the non-jews (mostly muslims & christian minority) outnumbered the jews by far.

Today, the situation has changed a bit, but if Israel was to annex the occupied territories, the non-jews would have a majority in the "combined state". That's why Israel did not do it up to now: they are plainly afraid of being outnumbered...

so in this case you would have to go with the original idea of the partition plan: make two coutries, so that the jews have a majority at least in one country.

(In fact, it's what is called "jerrymandering")

Such sound logic - sound for its utter simplicity, about which there can be no "ifs" and "buts". They simply don't want peace.

frog, the lines won't help. It's like throwing the baby out with the bath water.

edge, are we the sane in the funny farm?